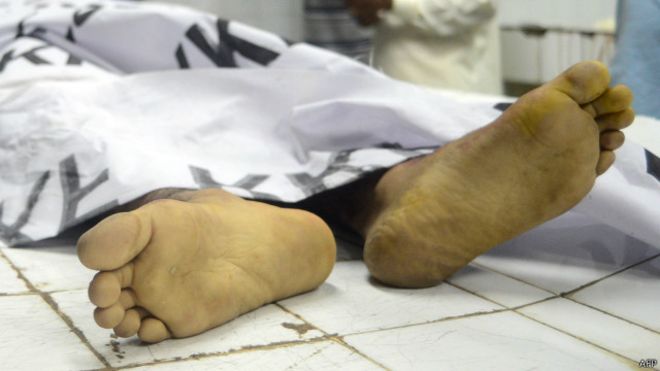 MINGORA: A man stabbed his wife to death on Wednesday inside premises of the district courts in Mingora, the police said. They said that Arif attacked his wife Uzma who was waiting for her turn at a waiting room to appear before the court in a separation case.

The accused stabbed her several times inflicting grievous injuries on her, the police said, adding that she was taken to hospital but died on way. The police arrested the accused on the spot and recovered a dagger from his possession.

The police said that Uzma had filed a case against Arif for divorce that infuriated him and took such an extreme step. Lawyers community boycotted court proceedings following the incidents and demanded to investigate how the accused entered court premises with a dagger.

District Bar Association president Akhtar Munir said that walkthrough gates have been installed and the police also frisk every visitor then how could the accused came in along with a weapon. He asked district police officer to investigate the issue as someone might bring explosives keeping in view the current situation of security.