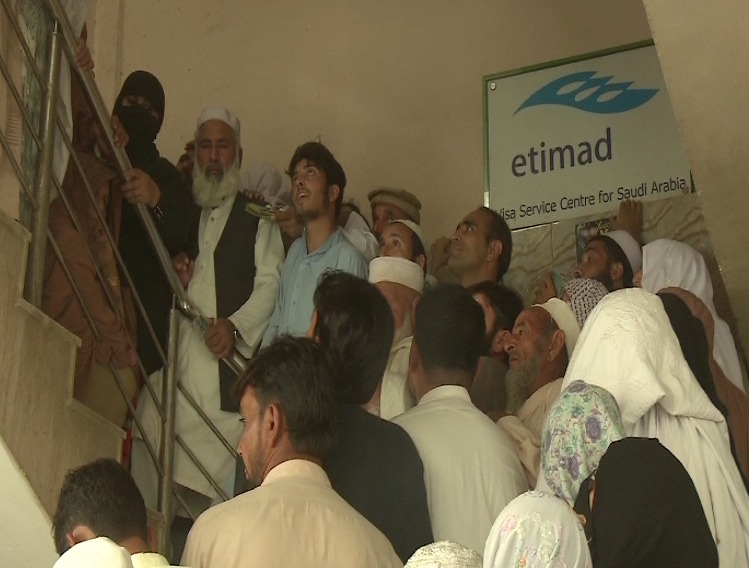 PESHAWAR, 2 November: Saudi Arabia has declared the condition of fingerprints mandatory for Umrah pilgrims from Pakistan due to which the difficulties of the pilgrims have increased.

The Saudi embassy has given the responsibility of obtaining fingerprints to Etimad company, which has only three branches in the whole country. One such branch has been established at a privately-owned plaza at University Town in Peshawar where thousands of people arrive on daily basis for fingerprints.

The visitors complained that men and women are made to stand in the same queue outside the office which is situated in the fourth storey of the building. They said there is no facility of seats, washrooms or drinking water in the office due to which the visitors, especially the women, face difficulties.

Noor Zaman, a visitor, said while talking to TNN that the intending Umrah pilgrims have obtained their passports and identity cards after which there is no need of fingerprints.

The visitors at Etimad office demanded the government to raise the issue with the Saudi government to end difficulties of pilgrims.

The Saudi government has announced that it will not accept passports without biometric verification after 30 October.