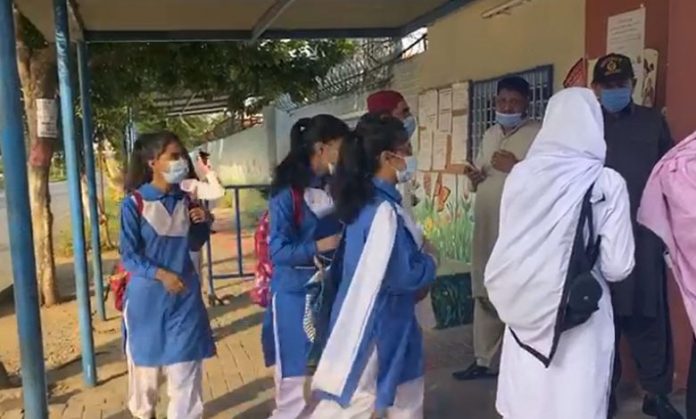 Sohail Khan, principal of a private school in Peshawar, said while talking to TNN that hundreds of schools in Peshawar and other districts of KP are open as they cannot afford further closure after the previous closure of six months during the first wave of the coronavirus and subsequent lockdown. He said the schools just initiated academic activities after reopening when the government again announced closure. He said they cannot afford to close the schools, but they have reduced timings to three hours. He said the routine December exams are also heading closure so they have decided to keep the educational institutions open.

Samreen, a private schoolteacher, told TNN that teachers like her suffered a lot during the previous lockdown and families of many of them reached at the verge of starvation due to no income. She said online education system is not workable in Pakistan due to a lot of problems associated with this practice. She said students can learn properly only in a classroom environment.

Children may be happy over closure of schools due to lack of awareness, but parents are very concerned and they think that studies of their children are affected a lot due to closure of educational institutions.

Madiha from Ramdas area of Peshawar said studies of student were impacted a lot due to previous lockdown. She said online classes were just a formality and they can’t be the real alternate of classroom study. She said private schools have reduced timings presently which is also impacting their progress in studies. She said damages in study will be beyond measure if coronavirus did not come under control.

A Peshawar based woman said she is confused over deciding whether to send children to school or not as both health and studies of children are important. She said non-implementation of precautionary measures in schools is a cause of grave concern for parents.