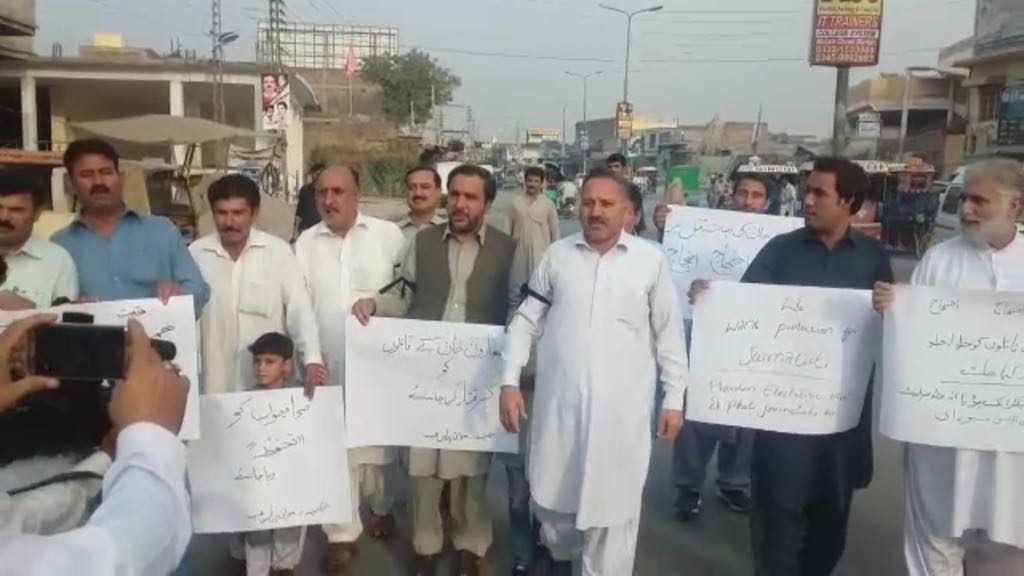 MARDAN, 15 October: Journalists in Mardan held a protest demonstration on Saturday against the murder of a media person in Swabi.

The protesting journalists held a rally and staged a demonstration in front of Mardan Press Club. The protesters were led by Mardan Press Club president Bashir Adil and Mardan district nazim Himayatullah Mayar. The protesters chanted slogans against the murder of journalist Haroon Khan and demanded the government to provide security to media persons. They said Haroon Khan was shot dead by unidentified persons two days ago, while the murder case was lodged against his brothers citing a property dispute. They said the Tehreek-e-Taliban Pakistan has also claimed responsibility for the murder.

The protesters demanded the federal and provincial governments to arrest the killers of Haroon Khan. The district nazim said the government should enact a law to provide compensation to journalists after such incidents.

“Our journalist brothers should also get Shaheed package like others if any incident like this happens. They are serving the society by telling the people truth,” he said.