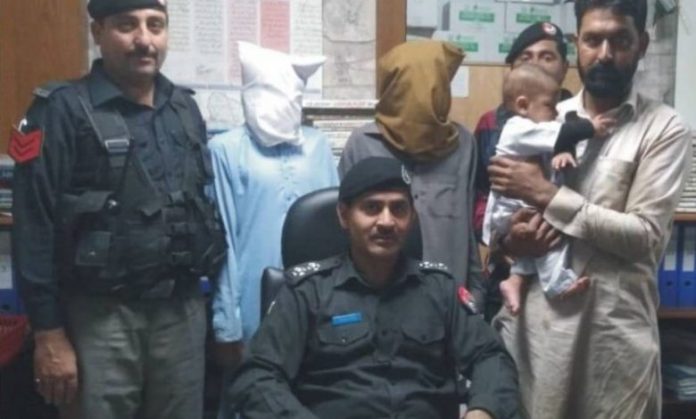 Mardan police said that earlier Sadar police station had registered an FIR following a complaint from Sabiruddin regarding abduction of his six months old baby.

The accused were identified as Mohammad Abbas and Nadir Khan. Abbas is said to be nephew of the complainant.

Abbas who also the prime accused in the case confessed to the police said that he and co-accused Nadir abducted the baby. He said that they gave the baby in adoption to Jehangir, a resident of Canal Road in exchange for Rs 40,000.  They accused posed himself as child father and told Jehangir that he was unable to take care of it due to his mother death.

During the investigation, police recovered and arrested the accused. Police also recovered Rs 40,000, the accused received from Jehangir for giving the baby in adoption.

Separately, police also arrested an accused in an attempted murder case. The accused Syedullah had opened fire on Nazkat Khan earlier in August and had escaped from the scene,