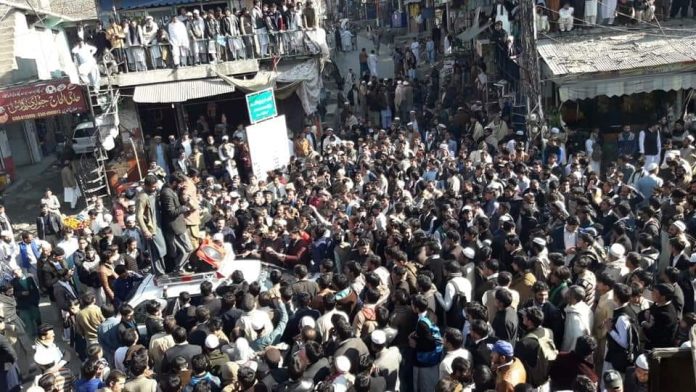 UPPER DIR: A massive protest was held by the people from Sultankhel and Baidin tribes in Wari tehsil of Upper Dir against prolonged power outages on Thursday.

The protesters blocked the Dir-Peshawar Highway for all kinds of traffic due to which the commuters faced difficulties. The protesters said that Wari tehsil was facing load-shedding up to 22 hours in summer and it was said that the power lines are overloaded in summer. However, they said the same trend is continuing in winter and still they are facing about 20 hours of outages.

The protesters said they took up the matter with the Wapda officials and elected representatives of the area, but no one paid heed, after which they were left with no option but to stage protest. They said they are facing a lot of difficulties due to prolonged outages.

The protesters also said the government is continuously increasing the power tariff, but load-shedding is not coming to an end. They said the protests will continue till resolution of the issue.