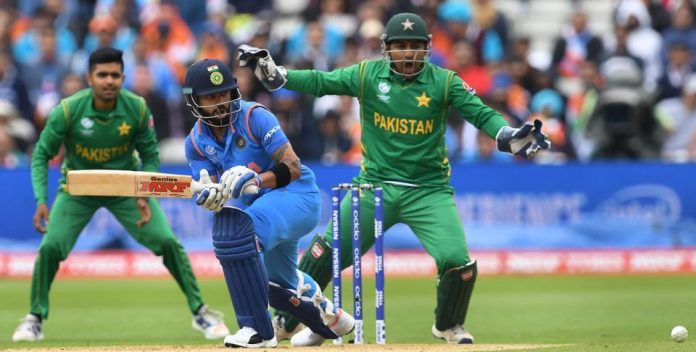 PESHAWAR: Authorities in England have made massive security arrangement for the upcoming Pakistan-India match in the ICC World Cup, branded by many experts as mother of all clashes.

The match is scheduled to be held at Old Trafford, Manchester, on June 16. Authorities in England are making strategy to cope with influx of a large number of supporters. Half a million people have applied for the tickets to watch the match while the ground has the capacity of 25,000 spectators. According to some media reports, all the tickets of the match were sold out within 48 hours.

Armed police personnel will be deployed to maintain law and order in and around the stadium where the Pakistan and India teams will clash. The high security arrangements have been made keeping in view the recent political tensions between the two countries. The fans of both countries take keen interest in Pak-India cricket clash and many of them never hesitate to show their emotions in case of win or loss.

Despite recent political tensions between Pakistan and India, the communities of both the countries in England haven’t shown any adverse attitude towards each other and affairs at the World Cup are likely to be smooth. However, the security measures have been taken to be prepared for any situation.

A large number of people are expected to flock into the city on the day of the game as the match will also be shown on a big screen in a fan zone.

Pakistan have never beaten India in a World Cup match, and this time also India are tipped as favourites, but Pakistan’s recent win against India in the Champions Trophy will give them a lot of confidence to break the shackles and end this drought this time around.