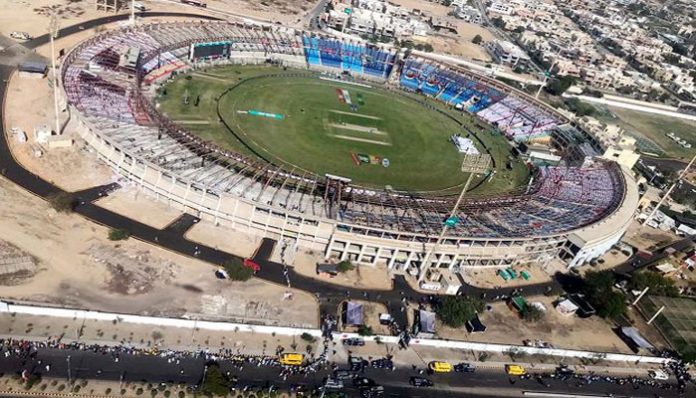 PESHAWAR: Massive security arrangements have been put in place for the eight matches of the fourth edition of the Pakistan Super League which will be played in Karachi from 9-17 March.

The police chief said the law enforcement agencies have arrested a number of criminals by conducting raids on the hideouts in the metropolis. A large number of policemen will be deployed inside and outside the stadium during the match.

The Sindh government has also set up an eight-bed temporary hospital at the Karachi National Stadium to cope with emergency situation during the PSL matches. More than 100 medical staff, including doctors and paramedics, have also been hired to provide health services at the temporary hospital. The provincial government has also employed orthopedic surgeons and cardiologists to deal with any unfortunate occurrences.

“I am a big fan of Peshawar Zalmi. I am supporting the team and hoping it wins the fourth edition of PSL,” she said.

World famous fielding expert and coach Jonty Rhodes is also excited to be a part of the PSL in Karachi.

Rhodes was particularly happy with bowling talent, but was a little concerned over the batting resources. He said most of the PSL teams were relying on the batting prowess of the foreign batsmen. He said the PSL also played a role in improving the fielding skills of Pakistani cricketers. He said T20 cricket has certainly shown that fielding is an important element of the game.