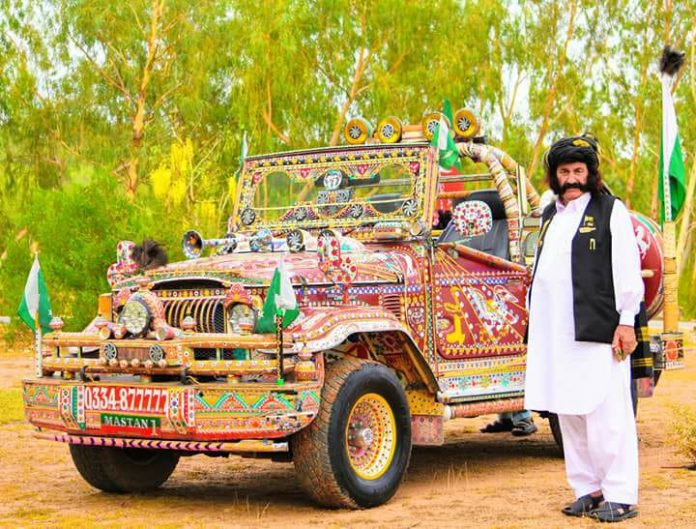 MIRANSHAH: Mastan Khan, a lively tribesman from North Waziristan tribal district, passionately loves his decorated jeep and big moustaches and he is keeping his passion alive for the last 45 years.

In a special talk with TNN, Mastan Khan said he bought his jeep for Rs200,000 about 45 years ago. He said the jeep gradually became essential part of his life and he has spent Rs1.3 million on its decoration and maintenance. He said different kind of lights in the jeep had to be ordered from abroad as the same were not available in Pakistan.

Mastan Khan said he is still spending on his jeep and recently he ordered more lights in his jeep from Abu Dhabi which cost him Rs300,000. He said he can’t stay permanently at one place and move around different cities in his jeep. He said he also fulfilled his dream of driving from Islamabad to Lahore and then to Karachi with his jeep. 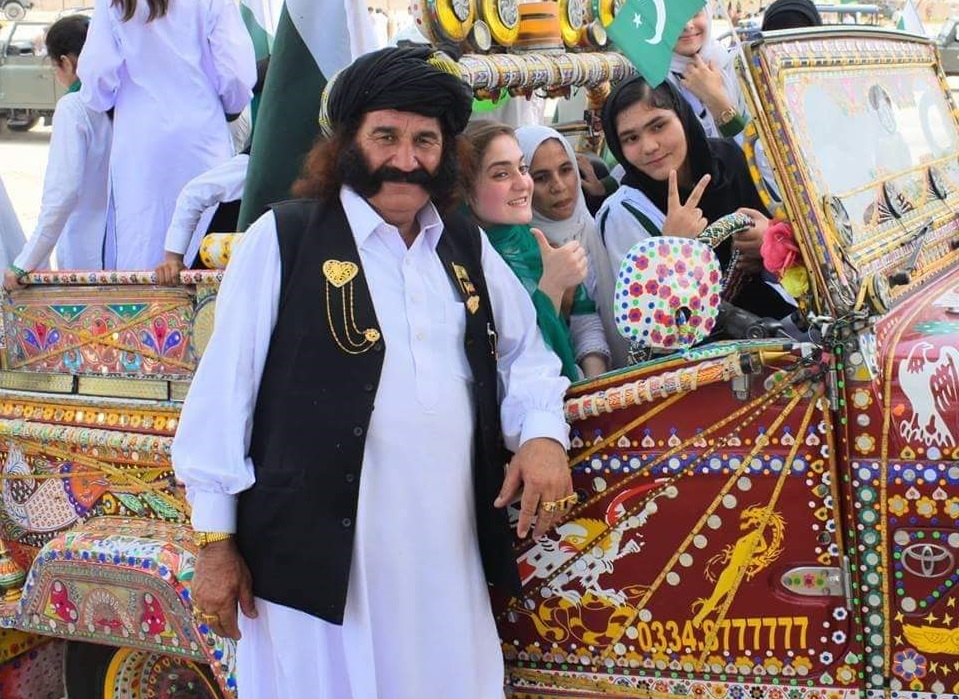 He said he drives his jeep slowly because it is open and in case of speed, the wind disturbs setting of his moustaches. Mastan has also made several fans who come to him whenever they see his jeep. People from all age groups like to make selfies with him and his jeep. 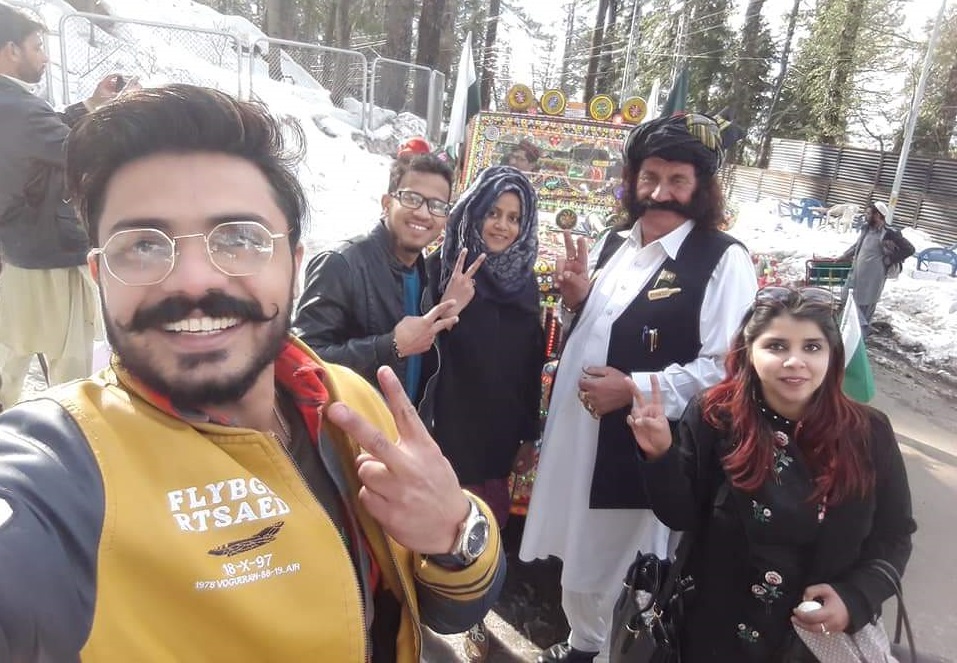 Mastan Khan also loves gold that is why he has placed a golden bat, flag and a cock on his waistcoat. He said he bought his waistcoat 20 years ago for Rs40 and then he embedded gold on it and now it is worth Rs800,000. He said his waistcoat has become famous as Aath Lakh rupey wala waistcoat (Rs8 lakh worth waistcoat). He said he also intends to make a gun made of pure gold. He is also fond of wearing rings and he keeps wearing six rings in his fingers. He said he has brought these rings from abroad with a cost of 31 dirhams per gram. 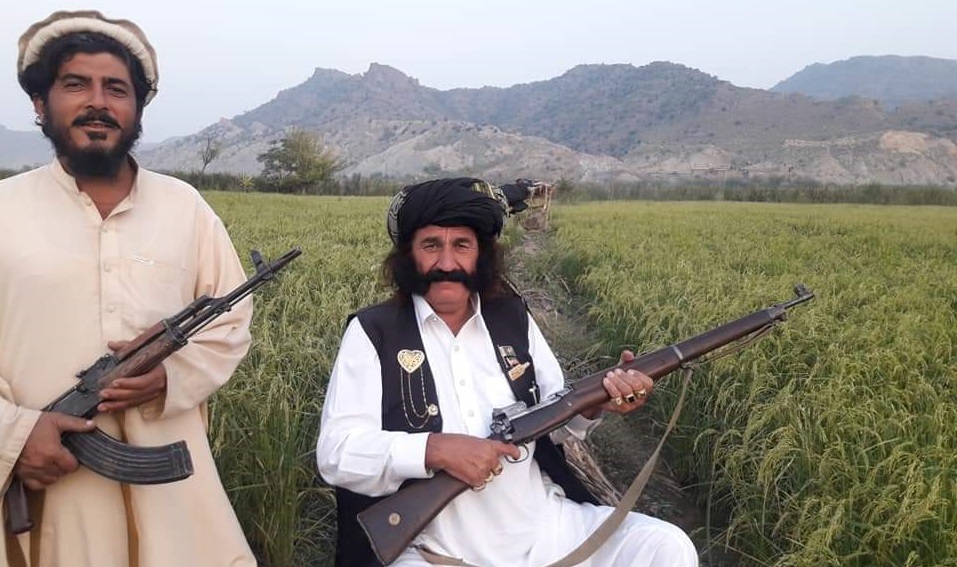 When asked will he sale his jeep, Mastan Khan said he will never do so till he is alive. He said once a person from Punjab offered him Rs1.8 million for his jeep, but he plainly refused.

Mastan Khan also has some personal enmity in his native area and once he received injuries in the feud. He said it was very unfortunate that he was entangled in enmity due to ignorance. He said he wants and end to enmity and live his life according to his own free choices. 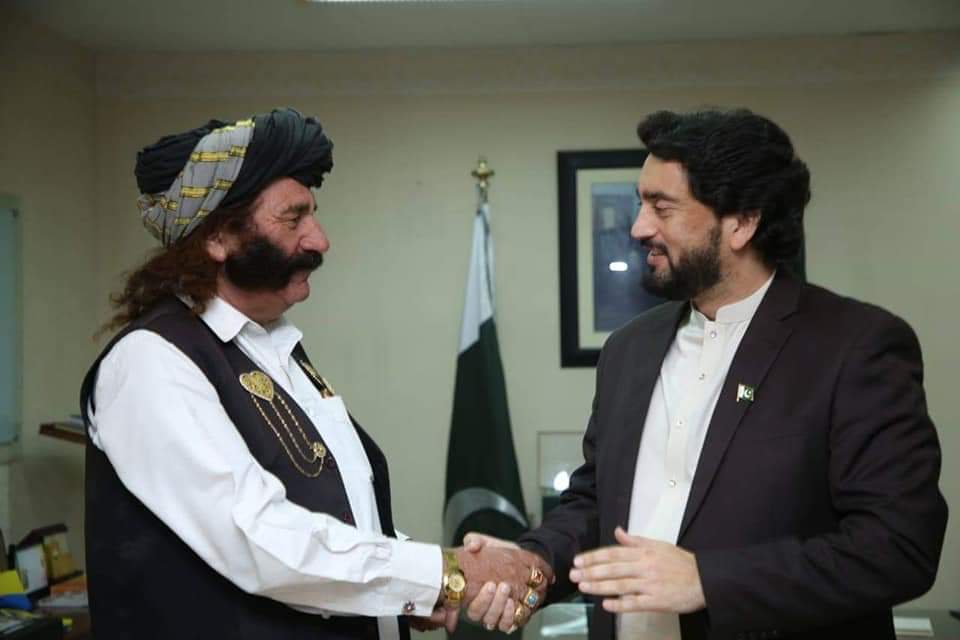 He said he also has main politicians and civil and military officers among his fans and they sometimes invite him and also give him money for petrol of his jeep and other travel expenses. He considers Imran Khan as his leader. He has married thrice. While addressing the PTI sit-in in Islamabad on container of Imran Khan, he had said that he will enter fourth marriage when Nawaz Sharif will resign.