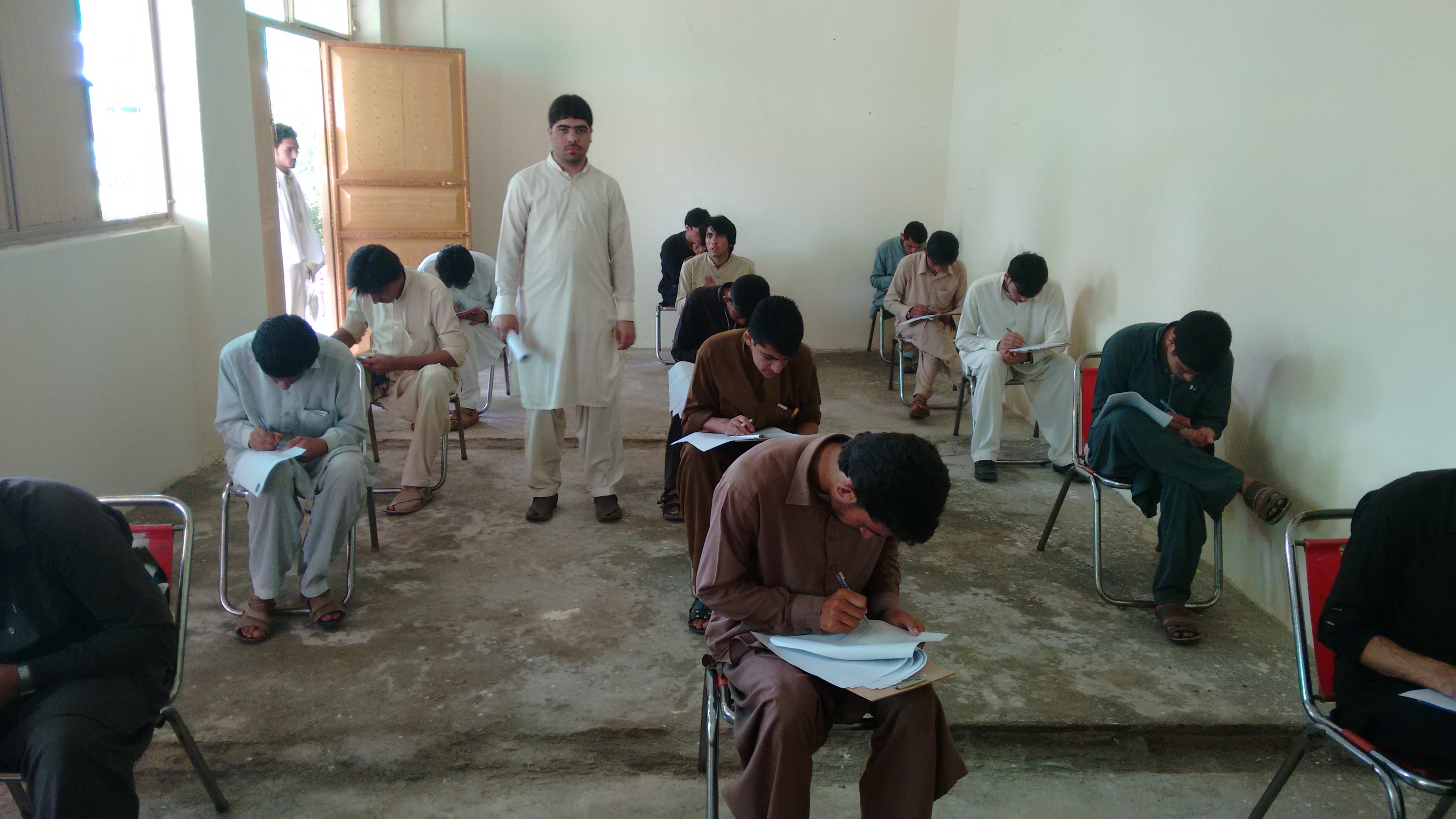 After years of displacement and reconstruction in tribal areas, the government successfully conducted matriculation exams in FATA this year. The FATA people were jubilant over holding of matric exams in their areas after a long time However, the students from Mehsuds-inhabited areas of South Waziristan Agency had to attend their exam in Dera Ismail Khan and Tank.  Apart from this, students in different parts of FATA also complained of facing many difficulties during the exams.

According to the data of Khyber Agency Education Office, 17,250 students, including 650 females, from Bara sub-division attended the matric exam this year.

Said Nawaz, a member of Shalobar tribe of Bara, says he didn’t lose courage and continued his education in odds situations. “All the demolished schools need to be reconstructed. At least half of our youth remained deprived of education during the law and order issues in FATA, but now the situation has improved and there is hope for the future,” he said.

About 95 percent people have returned to their native areas in FATA after displacement. The returning people were very happy after coming back to their areas, but the students were immediately confronted by the challenge of preparing for the exams.

According to North Waziristan Education Office, 2,047 students, including around 1,850 boys and 210 girls, attended matric exams from the tribal agency this year. Tribal elder Muhammad Ayub Turikhel says the students were also preoccupied in the reconstruction and rehabilitation work and could not prepare properly for exams, therefore, the results might not be ideal. 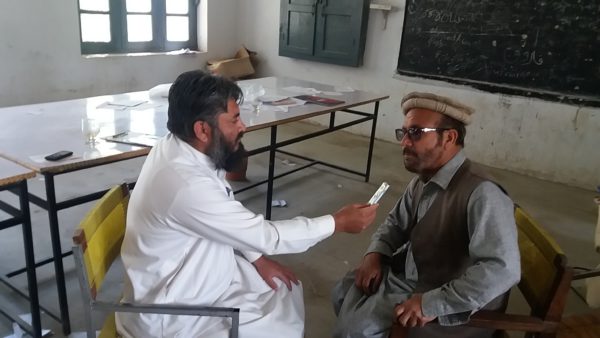 “The number of students abruptly reduced after deterioration of law and order in Bajaur. However, the situation has improved for the last three years and now more and more students are coming here for admissions. Facilities for the students in the schools have also been increased. We had 126 students in the matric exam last year and 154 students in the ninth class, and we are hoping that the number will reach 200 in each class next year,” he said.

The people of FATA faced countless difficulties due to law and order issues, but the life of displacement also enlightened their thoughts. The Jirga of tribal elders against the practice of cheating during exams in South Waziristan is an ample proof in this regard.

Tribal elder Sardar Ali said while talking to TNN that cheating is a curse and violation of merit, therefore, they came forward to end this trend.

“Our community came forward and decided in principle not to allow cheating in exams. We decided at the Jirga that the cheaters and people helping them will be considered criminals. We have succeeded in ending use of unfair means in the exams by 80 percent.

Unlike other parts of FATA, schools have not been restored completely in South Waziristan.

FATA Education Director Hashim Khan, when contacted, told TNN: “We have our own annual budget besides help from donors like UNDP, USAID and European Union. Work on schools in Waziristan is going on in full swing. However, problems remain as repatriation of TDPs is yet to complete and all areas are not yet clear.” 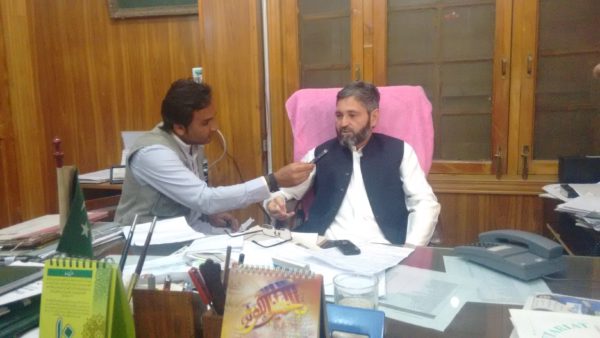 Data obtained from educational departments in FATA reveals that about 60,000 students, including 7,000 girls, attended the 9th and 10th class exams from the tribal areas this year.

TNN talked to students from different parts of FATA to know about their feelings on attending matric exams in their hometowns.

“I attended the exam in Khar School which is very far from our village. Some of my friends left their education due to these problems,” Muhammad Imran from Lashori area of Bajaur Agency says. 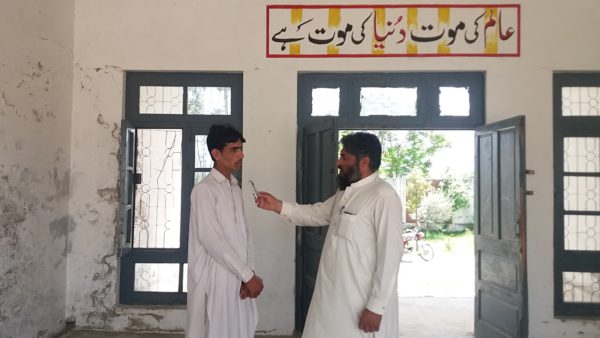 Tehseenullah from Khwezai area of Mohamed Agency says “Although I was very happy over attending the exam in our area, but ban on motorcycle riding by the administration compounded our problems. There were no passenger vehicles either. Power load-shedding and absence of teachers from duty were other main problems. Students of our region will shine if basic facilities are provided to them,” he said.

Similarly, Adnan from Baizai area says: “There is no high school in our area, so I did matriculation from Gandhab area. Frequent curfews in the area due to law and order issues made our movement very difficult.” 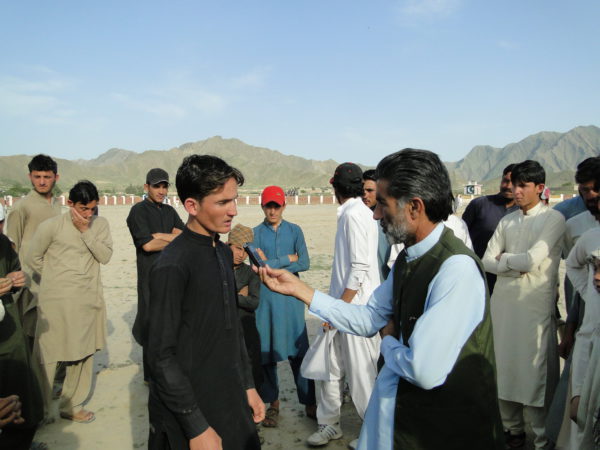 Huzaifa Afridi from Bara, Khyber Agency, says he continued his education despite being occupied in rehabilitation work for the last one year after return from displacement.

“We migrated to Sarband area of Peshawar, but I used to come to Sheikhan school in Bara daily. I am extremely happy that I attended matric exam from this centre after hard preparation. I am hopeful of very good result,” he said.

Abdul Hameed from Shalobar says life of displacement spoiled a lot of time, but after return he attended the ninth class exam.

“The exam was tough, but I managed to do well. The government should reconstruct all the damaged schools and provide necessary facilities like furniture and drinking water,” he said. 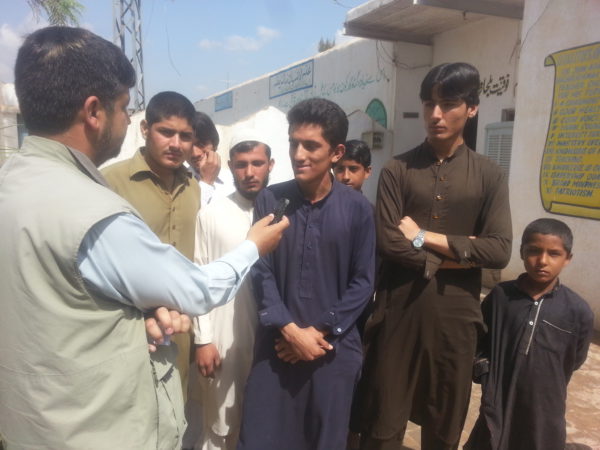 Muhammad Ijaz from Meshti Mela area of Orakzai Agency says the damaged schools of the area are yet to be reconstructed.

Another student, Taj Bibi says her preparation for the exam was not ideal as power load-shedding troubled her a lot.

“We lived in Hangu for five years and now I am very happy that I attended my matric exam in my native area,” she said.

Another student from Khaisura area of North Waziristan Agency shared similar concerns, saying that his exam marks may not be impressive.”We were preoccupied in the rehabilitation work and could not concentrate fully on the exams. I am not very confident of getting good marks,” he said.

Hafeezullah from Khushali Turikhel says his preparation for the exams was good.”We provided good facilities at the exam hall. The papers were tough, but I was prepared for that,” he said.

There were a lot of cases where students left their studies due to displacement and other problems, but there were other students like Faheem Afridi from Khyber Agency who did not lose heart and took up the challenge of continuing his studies despite difficult circumstances. Imam Shah, father of Faheem, who is a labourer, says he is proud of his son and he will continue to provide education to Faheem as long as he could afford to do so. 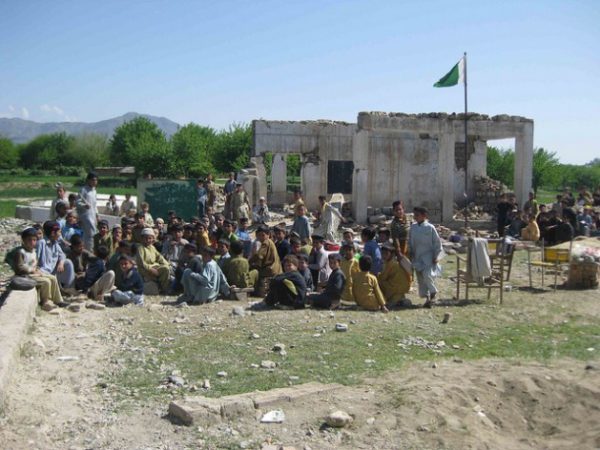 Faheem said while talking to TNN that everything was lost in the military operations. “When we went outside Khyber Agency, it became very difficult for us to survive due to high cost of living and I started labour and also continued my studies. When I took admission in a school at Bara Gate (Peshawar), I thought we will never be able to go back to our area. However, with the grace of Almighty Allah, people have returned to Khyber Agency now and rehabilitation is going on. After returning here, I appeared in the ninth grade board exam and I am very confident of good results. The condition of schools is very poor here. 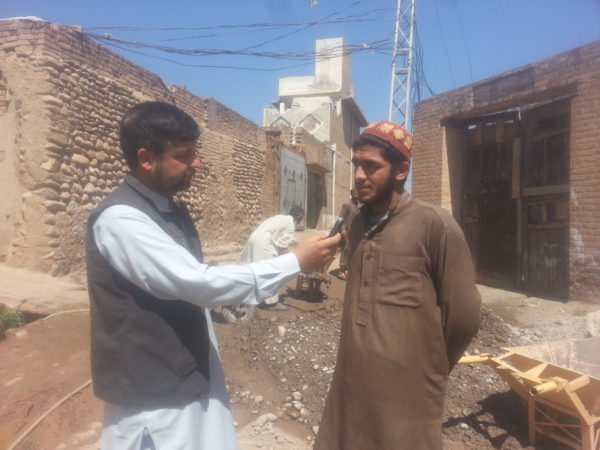 There was no ceiling fan in the school where I attended the exam, while pedestal fans were also non-operational due to load-shedding. There are no school buildings and classes are being held at tents which have no facilities like toilet and clean drinking water. Tents cannot protect students from harsh weather. The government should resolve these problems on priority basis,” he said.

Sixty-seven new primary schools have also been constructed in FATA, 85 schools have been upgraded to middle level, 17 have been upgraded to high level and four to higher secondary level. The FATA Education Directorate has also introduced new course for students who could not get education due to law and order issues. About 15,000 students are benefiting from this programme.

TNN: What is the ratio of students who attend the matric exam in FATA this year as compared to last year?

Hashim Khan: The ratio increased massively this year. About 20 percent schools could not arrange exams in FATA last year, and this year the ratio of students attending the exams increased by 40 to 50 percent.

TNN: How many halls were provided to the students for the exams and what procedure was adopted for allocation of halls?

TNN: Have you noticed any change or improvement in the education sector after return of TDPs.

Hashim Khan: A very positive change has been witnessed after the TDPs’ return. There is more awareness among parents about the importance of education now and massive enrolments are underway at FATA schools.

TNN: What is the government’s plan for the students who left their schools due to law and order issues?

Hashim Khan: We have opened 175 alternative learning schools for such students on primary level which will teach one-year short course. The one-year course will be equivalent to primary level. Over 15,000 students are currently enrolled in these schools. The students who pass this course will be eligible for admission in sixth grade in any part of the country.

TNN: And what is your next plan for the primary passed students?

Hashim Khan: We are also planning to introduce a condensed course for the middle level. The students passing this course will be eligible to take admission in ninth grade.

TNN: Are you planning any changes in the enrolment campaign this year?

Hashim Khan: The new campaign will not be confined to paper work, and practical steps will be taken. One teacher will be assigned the task of enrolment in every school after primary level and schoolbags will also be given to students. Basic facilities like toilets and clean drinking water will be provided in all schools and boundary walls will also be constructed. We want to welcome the newcomers in the school in such a manner so that they find a home-like environment in the schools. We also expect the parents to cooperate with us in ensuring enrolment of their children. We have also got cooperation of Ulema, tribal elders, parliamentarians, political agents and other stakeholders for this purpose. The results of our efforts will be visible soon.

This article has been taken from TNN programme ‘Da Manzal Pa Lor’ which puts light on the life of TDPs of FATA and their return process. TNN producers Shan Muhammad and Salman Ahmed prepared this programme which is broadcast from five radio stations of FATA and Khyber Pakhtunkhwa.