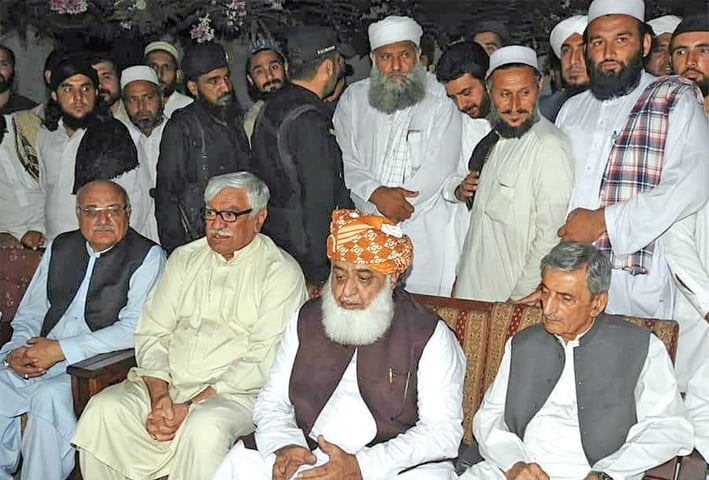 JUI-F want bring the opposition parties on one platform to give tough time to the Pakistan Tehreek-i-Insaf government in and outside the parliament.

Both leaders discussed the ongoing political situation in the country and issues related to the opposition parties in order to put up a joint struggle against the government.

Talking to reporters, JUI-F chief and Asfandyar Wali said that disunity among the opposition parties was not good and urged all parties to unite.