BLOG:May Day reminds of widening gap between haves and have-nots 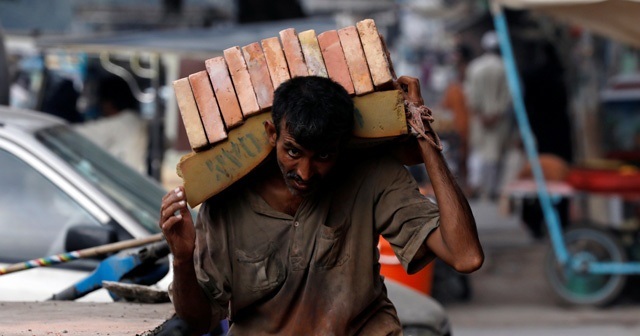 While coming from Nowshera to Peshawar for job on daily basis, I notice several things, particularly the widening gap between the haves and have-nots.

I notice certain people travelling in luxury cars least bothered about what is happing in outside world, but the majority comprises those whose plight makes me dejected. The hard-working elderly vendors wander on the roads throughout the day in extreme hot weather to make ends meet.

Vendors occupy both sides of a canal at Dilazak Road in Peshawar every morning. A large number of workers also gather on both sides of the canal every morning with their tools in the hope of getting some work. They keep on waiting for someone to come and take them for work. Some of them get work for the day, while many others return empty handed without getting any work. Dilazak Road is not the only location where this happens. This is the story of every village and every city of the country.

Today, as we observe the May Day to express solidarity with the workers of the entire world, the question arises is this enough to observe the Day? Will the recognition or observance of the May Day resolve all the problems of labourers? It won’t happen definitely.

Politicians make few ceremonial statements on the Labour Day as per routine and then forget about it when they go back to their homes or when they go to the Parliament. Rather than observing the May Day and making tall claims, it is more important to provide basic facilities to the labourers and save their children from hunger and diseases. Law should also be made for welfare of the working class and these laws should be implemented in letter and spirit. In Pakistan either we have no laws for labourers, and the existing laws are not implemented.

The government has fixed Rs15,000 as minimum wage for labourers, but this law is openly violated at many workplaces. The labourers get very low wages, and the sky-rocketing inflation has rubbed salt to their wounds. In the present scenario of price hike, it has become extremely difficult for a labourer to keep his body and soul together.

The violation of labour laws is a norm in our country, and the working class remains tight-lipped and endure all the hardships for the fear of losing their jobs. Things won’t change until the working class forge unity and raise voice for their genuine rights from one platform.