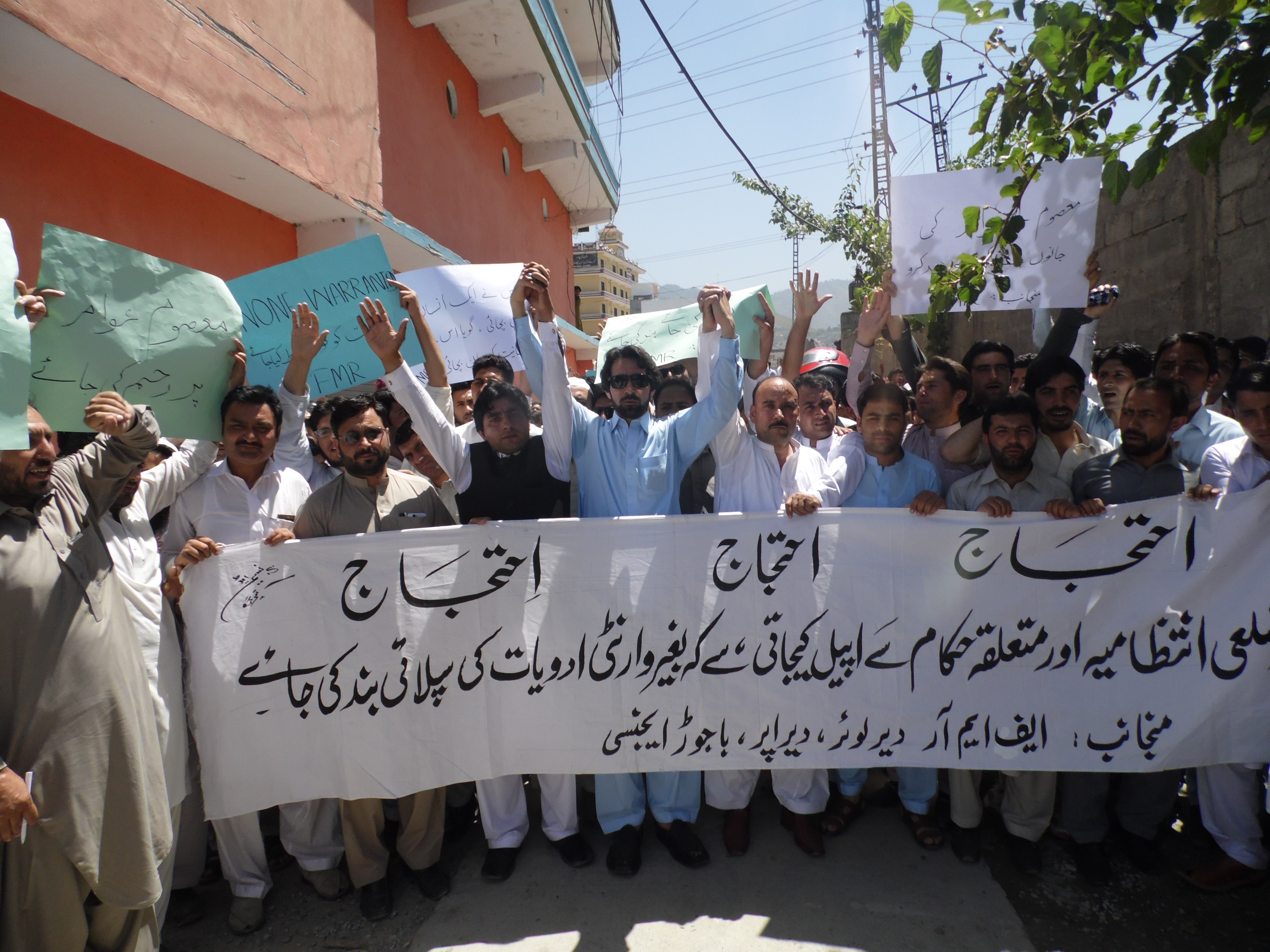 TIMERGARA, 21 May: Medical representatives of different pharmaceutical companies on Saturday held a protest demonstration here against what they called business of fake and spurious medicines in the local market.

The protest was organized by Friends Medical Representatives outside the press club. Local government representatives also participated in the demonstration.

The protesters alleged that business of fake and spurious medicines was on the rise in the district as some of the pharmacy stores are selling locally manufactured medicines in the name of multinational companies’ brands. They further alleged that these store owners did not keep the medicine under in minimum required temperature nor did they take care of the warranty.

They demanded that the district government should take actions against such store owners as they had been playing with human lives.

“The relevant authorities should keep a check on drug stores as they have been selling fake medicines of unknown brands on the simple people,” a senior member of the community remarked.