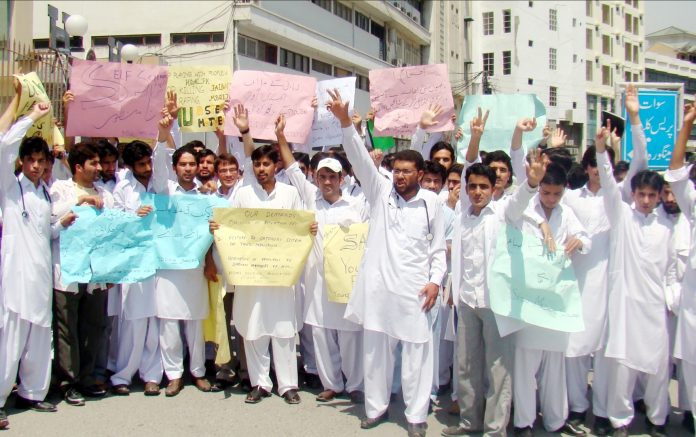 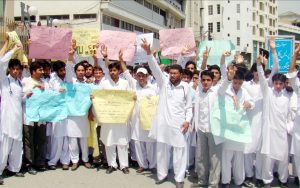 PESHAWAR, May 29: Students of medical colleges staged protest all over the province against high fees and policies of Khyber Medical University.

The students of medical colleges of Peshawar, Bannu, Swat and other areas said that due to high fees, the underprivileged students could not complete their studies as they could not afford it.

They alleged that the students of private colleges got high marks due to unfair means and that they later had more chances to get appointed on vacancies of doctors.

The demonstrators demanded of the government to include principals of government medical colleges in the syndicate of Khyber Medical University.

They also said students of state-run medical colleges must be given priority in appointment on vacant posts.