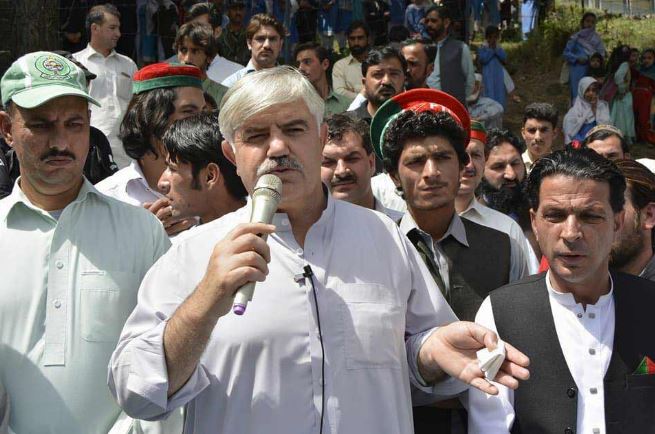 The 46-year-old Mehmood Khan, who hails from Matta area of Swat, has become first chief minister from Malakand Division. He previously held the portfolio of sports, culture and irrigation in the provincial government then headed by Pervaiz Khattak.

Mehmood Khan won the provincial assembly election from PK-9 constituency of Swat. He is also the PTI Malakand Division president and the PTI matters in Bajaur tribal district were also looked after by him. The party central leaders say he was rewarded for his brilliant performance in strengthening the party in Malakand Division and Bajaur. However, some political observers say he was named as chief minister by the party chief Imran Khan to end rift among previously favourite contenders including Pervaiz Khattak, Muhammad Atif, Asad Qaiser and Shah Farman. He was also named CM because Imran Khan wanted to bring Pervaiz Khattak and Asad Qaiser to the Centre.

Mehmood Khan is expected to have a smooth sailing as CM as compared to his predecessor as the party has come to the assembly with a much heavier mandate than the previous time. This time, the PTI needs no allies to form the government and run it smoothly.