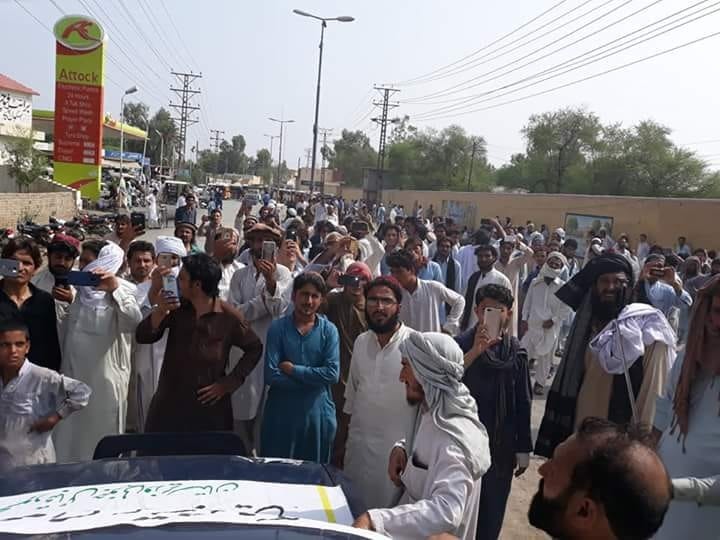 TANK: The Mehsud tribesmen of South Waziristan tribal district staged a protest demonstration in favour of their demands in Tank on Thursday.

The protesters gathered in front of Bab-e-Waziristan and blocked the road by burning tyres. Speakers on the occasion said many houses were not included in the survey of damaged houses and their owners remained deprived of compensation. They demanded survey of all houses damaged in military operations and compensation to all the affected people. They called upon the government to take steps for the rehabilitation of the displaced people as they had offered many sacrifices for the country.

The tribesmen said the administration offices of South Waziristan should be shifted back from Tank. They also said that they would not tolerate the highhandedness of the Aman Committees in South Waziristan.

The protesters dispersed peacefully after presenting their demands.