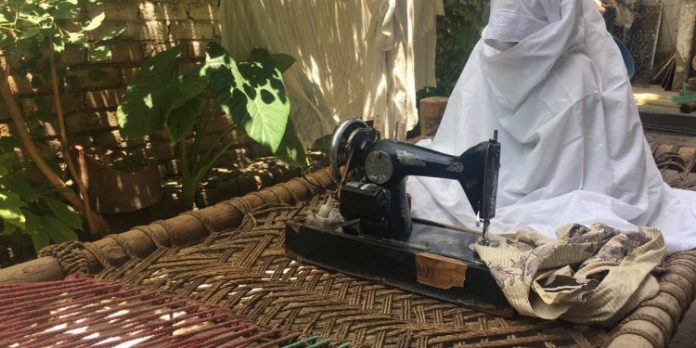 CHARSADDA: Life is full of challenges. Some people surrender to their fate, while there are many others who remain steadfast and keep on fighting the challenges and never accept defeat.

Gul Meena, a brave woman from Bar Kanday village of Charsadda is one such woman who is facing the tough challenges of life with courage and determination. She lives in a mud-house which is in very poor condition and looks after her disabled husband and three children, who are all thalassemia patients.

While talking to TNN, Gul Meena said her elder son is also mentally-ill. She says people of the village, particularly the children, mistreat her ailing elder son and sometimes they even pelt stones at him. While wiping tears from her eyes, she said once some boys from the village sexually abused her son after which she is compelled to fasten her with a chain inside her house.

Gul Meena says she was given in marriage to a disabled person by her parents against her will. She says her husband is unable to work and there is no source of income. She works in homes of wealthy people to make ends meet and fastens her son with chain while leaving her house. She says her relatives have severed ties with her due to her poverty.

Gul Meena says a lonely woman is like a commodity for men. She says while working at homes of wealthy people, she faces a lot of problems, particularly harassment. She says in case of refusal, she was asked to leave the work. She says her character was also questioned several times, but she fought it out courageously.

Wagma Feroz, a human rights activist, says people should tell their children not to mistreat disabled and mentally-ill people. She said the parents of mentally-ill children should also pay more attention to them and teach them to protect them from sexual abuse.

About forced marriages, Wagma Feroz says it is a menace which causes complications in the society. She says Islam gives right to women to accept or refuse a marriage proposal. She said the government should make legislation to protect the rights to domestic workers and treatment of disabled children. She says the government should also make arrangements for providing honourable jobs to women like Gul Meena to enable them to look after their families.