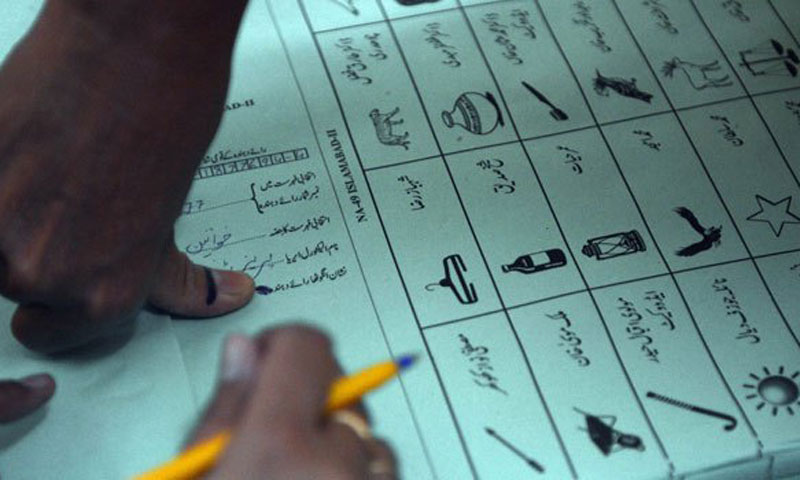 PESHAWAR: After merger with Khyber Pakhtunkhwa, tribal districts got 16 seats in the KP Assembly and six seats in the National Assembly on the basis of the latest population census.

Tribal people have expressed different views about increase in seats for merged districts. Some people support the move, while others oppose it, arguing that it will cause delay in the July 2 elections.

Khan Wali Afridi, a Jamaat-e-Islami (JI) activist from Bara, Khyber district, says increase in seats will be beneficial, but delay in elections means delay in release of development funds for merged districts. He said the government members have brought this bill under a well-thought-out plan.

“The government wants to delay the elections in merged districts as they fear losing the polls there. The government has won elections on most seats in merged districts and their MNAs want monopoly in the development funds. In case of provincial elections, the new provincial representatives will also have say in funds, so the ruling party MNAs don’t want interference in utilisation of these funds,” Khan Wali told TNN.

Faqir Hussain, a tribal elder from Kurram, doesn’t agree with Khan Wali’s opinion and says delay of a few months in elections doesn’t matter. He says increase in representation will help in resolution of problems of tribal districts in a better manner.

“With increase in seats, lawmakers of merged districts will have increased chance of getting ministries and they will be in a good position to raise their voice for the rights of people,” Faqir Hussain said.

Zahidullah, a youth from North Waziristan, says tribal youth are now actively participating in political activities in merged districts. He believes that the young generation will get more opportunities for making a mark in tribal politics with increase in representation in the national and provincial legislatures.

“Previously, the seats were few and competition was very high, and the youth were reluctant to try their luck in politics. Now with increase in seats, the educated youth will get encouragement that they have better chances of making it to the assemblies,” Zahidullah told TNN.

Four women have also submitted nomination papers for the July 2 elections on 16 general seats of tribal districts, while 21 women have filed papers for four seats specified for women.

Rabia Bibi from Lower Kurram says the participation of women in the election process in tribal districts means tribal women will be able to raise voice for their rights and this basic and longstanding problem will be resolved now.

“Tribal women have an aspiration to gain such a position from where they can raise their voice for the rights of other women. I also have similar goals to make it to the assembly and work for women’s rights. Women’s seats have also been increased which will give opportunity to more women to come forward and take part in development of their areas,” Rabia said.

Qasim Orakzai, a social activist from Orakzai district, also welcomes increase of tribal seats. He says the tribal people must see the credentials of the contesting candidates and elect capable and hard-working persons as their representatives.

The passage of 26th Constitutional Amendment Bill means higher representation of merged districts in the national and provincial assemblies as compared to other parts of the country.

After that, provincial seats were allocated for merged districts although North Waziristan got a meagre representation in it.

“Pakhtuns are in the habit of focusing more on few disadvantages rather than the many advantages of the process. First of all, I believe that the PTI government will fulfil its pledge of provincial elections in tribal districts. Even if the polls are delayed by six months, then it’s not a big deal. At least, merged districts have got basic representation and there is no need to worry as the process is going with its pace,” he told TNN.

Syed Ijaz Hussain from Kurram says increase in seats for merged districts is a positive development. It will benefit tribal districts, but elections must not be delayed. Several problems will emerge if provincial polls are delayed in merged districts.

Aymen from Kurram says more tribal representatives will enter the assemblies and they will raise their voice for the rights of tribal population. She says increase in women’s seats will boost the morale of tribal women.

Ahmed from Bara says previously, there was only one MNA for the whole tribal district who was unable to reach every area in his constituency to resolve problems.

“Now provincial representatives will also take care of the people’s problem and they will be able to access people in Bara and Tirah. Hundred percent change will be witnessed in tribal districts if the elected representatives focused on problems of people,” he said.

Muhammad Naveed from Miranshah says increase in provincial seats will create increased political awareness, particularly among the youth. Allocation of funds will also increase with the arrival of MPAs. Provincial lawmakers will be in a better position to resolve the local problems.

Gul Orakzai says doesn’t see the constitutional amendment positively as it has been brought at a time when schedule for provincial elections has already been issued in tribal districts.

“The amendment has been bought under a conspiracy to delay the polls. However, the educated tribal youth are now well aware of their rights and they will raise their voice for their rights,” he said.