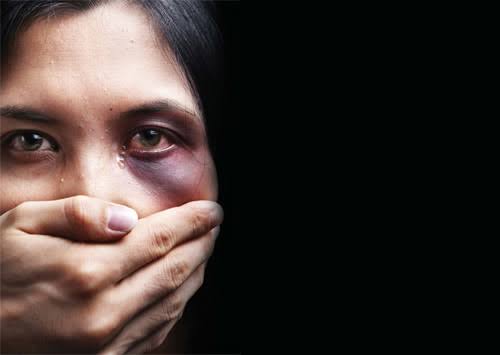 Women in merged districts are usually deprived of their basic human rights to education, health and freedom of expression.

KP Directorate of Human Rights data showed that a total of 393 domestic violence cases were reported in during the lockdown.

KP Domestic Violence Bill was tabled in the provincial assembly in 2012 when ANP-PPP coalition was ruling the province. However, JUIF lawmaker Mufti Kifayatullah then raised objections over the proposed law. Mufti demanded the speaker to refer the bill to the Islamic Ideology Council.

However, Mehwish Muhib Kakakehl, a high court lawyer said that post legislation there were many issues to be sorted out. She said that district protection committees under the legislation have not been notified thus far.

The protection committees are supposed to facilitate victims of domestic violence with medical aid, legal assistance in lodging cases with police and registering such complaints before magistrate.

She said that one of the reasons behind the high incidence of domestic violence in merged areas was that such cases are not usually reported.

Asma, 25 from merged districts told TNN that the pandemic has also fuelled domestic violence. She said that unemployed females were facing more violence as compared to working women.

Ms Asma said that during the lockdown, males, staying at homes due to closure of businesses and offices vented their frustration on women.

She said that males considered them responsible for family honour. Ms Naz said resultantly these women were compelled to use veil. “If any man outside the family casts his eyes on them by chance, these women are likely to receive very inhuman violence,” she said.

On the other hand, Ms Kakakhel said that cultural norms stopped women from stepping out of homes. Therefore, she said, women cannot report domestic violence cases.

“The victims would not go to police station because besides social reaction, they also fear harassment at the hands of police personnel,” Ms Kakakhel said.

She said that there was lack of education even about recognition of beatings as form of violence. Ms Kakakhel proposed that government and non-government organizations need to play their role in spreading awareness among women about this issue. She said that they should help affected women instead of observing 16 days of activism in urban areas.

In any such endeavor, tribal elders, politicians and religious figure are poised to play a crucial role.

Ms Kakakhel said that there was great need to change people mindset through awareness campaigns and training. “Religious scholars can play important role in this regard,” she said.

Saima, 37, a housewife from Landi Kota told TNN that she was 19 when she got married while her husband was a year junior to her.

She said that almost everyone was telling her husband to control her wife as she was a year older than him.

“My husband used to beat almost every day and event twice or thrice a day to subjugate me,” she reminiscences.

She felt so intimidated that she even could not speak in loud tone in his presence.

Saima informed her family about the physical violence and even her bruises which she shown to her mother failed to elicit any help. Her mother instead told her to be patient. “You are married to him and should be committed live and die in his house,” Saima mother told her.

Saima was of the view that reporting physical violence would rather aggravate her situation as society would not accept her.

66 per cent women in merged areas have experienced violence

On the other, highest percentage of 66 per cent of women in merged districts has experienced physical violence.

Most of the religious clerics also fuel physical violence against women because they believe male dominance brings balance in society.

A local cleric said that liberals were trying to provoke females to betray Islamic ideals. He said that laws like domestic violence act were polluting the society.

“History is testimony to the fact that a good home and a good society is where male is dominant and respected, he said. He said that domestic violence was family matter.

Ms Ejaz said that there was need to discourage violence and promote women’s rights through positive changes in education curriculum.

Zohra, hailing from another merged district said that domestic violence always happened due to women’s own fault. “A girl is trained from the very beginning to endure violence with patience and not to complain which thus makes it like a normal practice,” she said.