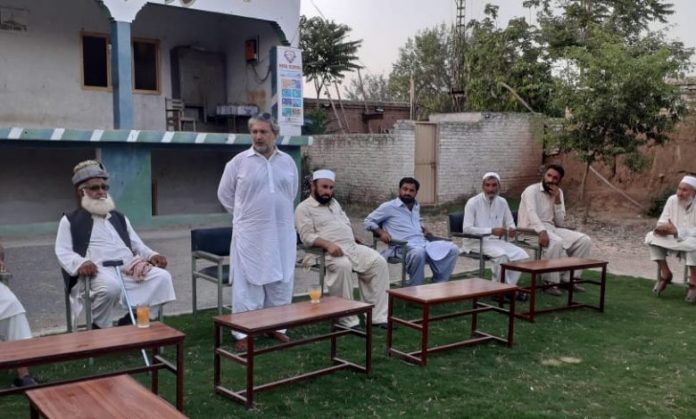 BARA: Former federal minister and leader of Jamiat Ulema-e-Islam-Fazl (JUI-F) Hameedullah Jan Afridi has asked the political parties which supported the merger of erstwhile Fata with Khyber Pakhtunkhwa to refrain from befooling the masses.

Addressing a public meeting in Bara, Khyber tribal district, the former minister said those leaders who don’t have farsightedness and cannot judge the importance of decisions on coming times must leave politics. He said those claiming to be the leaders of public must make decisions in their favour and they must know the consequences of their decisions.

Coming hard on his political rival Al-Haaj Shah Jee Gul Afridi, Hameedullah Jan said Shah Jee and company supported the merger, but now they are fooling the people by raising the slogans of protests on pretext of unfulfilled promises. He wondered how the supporters of merger will face the public now when the situation has deteriorated further and no development has taken place as promised. He said he was well aware of the situation which is prevailing now that is why he was totally against the merger.

Hameedullah Jan said the basic aim of his group of joining the JUI-F was the political wisdom of Maulana Fazulr Rehman and his good wishes for the people of merged districts.

Hameedullah Jan lamented that the local elected representatives instead of serving the masses are quarrelling among themselves. He said the Irrigation Department scheme approved during his time in the cabinet could not be initiated yet due to law and order issues. He said the people of merged districts are waiting for development schemes for the last four years. He said the elected representatives will be made accountable for their failure to bring development schemes in merged districts.