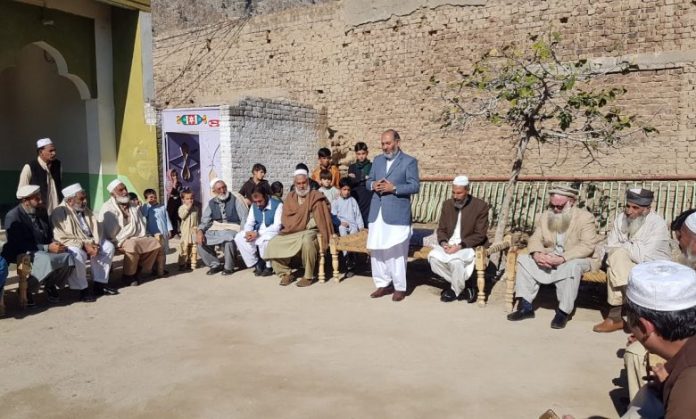 LANDIKOTAL: The Jamaat-e-Islami (JI) ameer for Khyber Pakhtunkhwa Senator Mushtaq Ahmed Khan has said the merger of erstwhile Fata with KP was the best option, but the government failed to fulfil promises with the people of tribal districts.

Talking to media persons during a visit to Landikotal in Khyber tribal district, Mushtaq Ahmed Khan said the JI will launch a massive movement for the right of people of merged tribal districts. He said people are disappointed over failure of the government to fulfil promises. He said poverty, inflation and joblessness has broken the back of the common man.

The JI leader said the merger is irreversible as it was the best possible option at that time and was approved by a two-third majority in the Parliament. He said the incumbent Pakistan Tehreek-e-Insaf (PTI) government and the previous government of the Pakistan Muslim League-Nawaz (PML-N) had made tall promises at the time of merger, but both failed to bring any positive change in the lifestyle of people of merged districts.

Senator Mushtaq Ahmed Khan said that like other people of the country, the people of merged districts are also hugely disappointed with the performance of the government. He said the increasing incidents of target killing and lack of development work are causes of grave concern.

The JI leader said many areas in merged districts are still deprived of the basic facilities of clean drinking water and electricity. He said that keeping in view the difficulties of people, the JI is planning a massive movement against the government. He said the JI has held massive rallies in Bajaur, Swat, Buner and Lower Dir to tell the people about the incompetence of the government.

Mushtaq Ahmed Khan said skyrocketing prices of essential items has made it difficult for a common man to keep his body and soul together. He said it is a matter of grave concern that tribal districts have not received share in the National Finance Commission (NFC) Award. He said the promised development package is invisible, while complaints of appointment of non-locals on vacancies in merged districts are also being received. He said that it is a positive impact of merger that people of the can now hold protest for their rights.