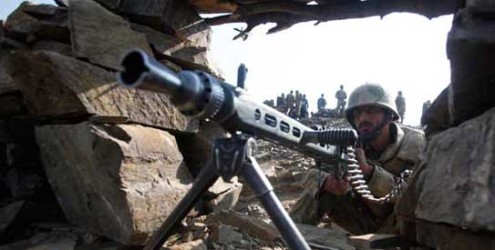 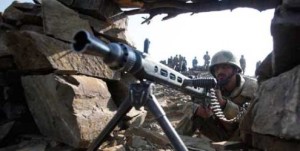 FR BANNU, July 26: Security forces have killed a militant and arrested another in a clash in Frontier Region Bannu.

Administration officials say the security forces were conducting an operation in Janikhel area at morning when militants opened fire on them.

In retaliatory fire, the security forces killed a militant Matiullah and arrested his accomplice Waliullah. Security officials said both of the men were wanted in a number of cases.

TRADER ROBBED: In separate incident, unidentified thieves robbed a trader of Ghundi area in Bannu bazaar. Mr Muhammad Sadeeq Janikhel was deprived of 2 million rupees while he was going to his shop in a rickshaw.

The unidentified armed motorcyclists also fired shots in the air after snatching money from the trader and fled the scene. The police say investigations are in progress.