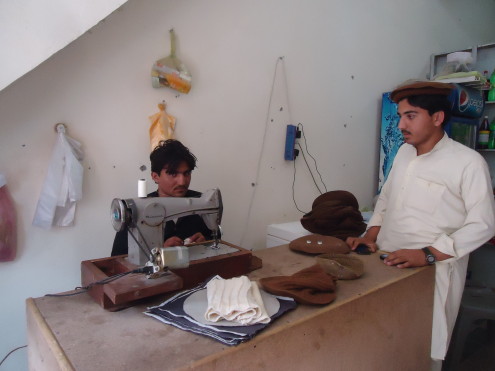 BANNU, November 10: The military operation in North Waziristan has not only affected other spheres of life, but it has also influenced the culture of the tribesmen.

Many North Waziristan tribesmen, displaced to Bannu, have stopped wearing their cultural hats.

Mr Inamullah had a business of hats in Miranshah, headquarters of North Waziristan Agency, but he is not satisfied with his business that he has shifted to Bannu nowadays.

Few people are buying hats from us since we have moved to Bannu. There were many shops that had hundreds of workers in North Waziristan. I also had three workers skilled in sewing hats but now I cannot even manage my own expenses, let alone hiring other workers,” he added.

A youngster from North Waziristan said he was not wearing hat in Bannu because on the one hand they were faced with price hike and on the other police used to harass them if they wore the Wazir hat.

“When you go to the shop, they fleece you. I also like to wear our traditional hat, but it distinguishes us from other people and we then feel left out. If one has a motorcycle, the traffic police fine them,” he added.

The tribesmen feared that the culture of wearing hats might vanish in future if the operation continued in their native region.