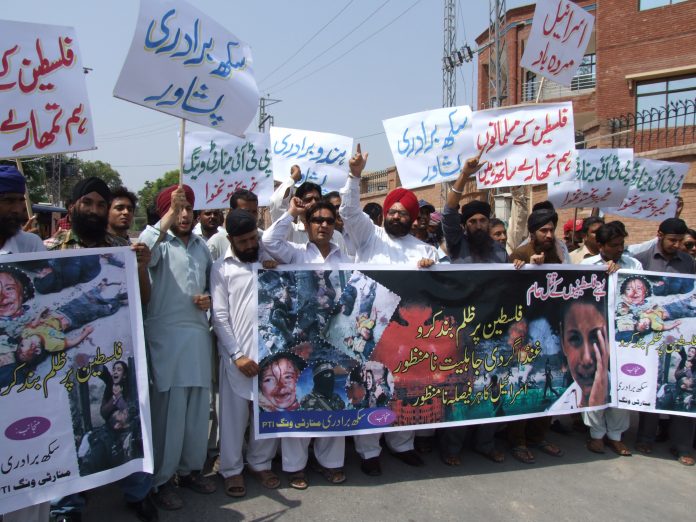 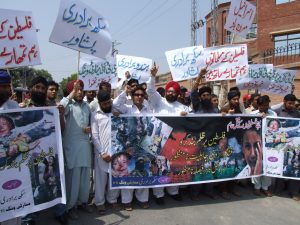 PESHAWAR, July 23: Minorities of Khyber Pakhtunkhwa have protested the attacks of Israel on Palestinians.

A protest rally in this connection was led by the advisor of chief minister on minorities, Mr Sooran Singh, in front of the Peshawar Press Club.

The protesters said Israel started killing of innocent Palestinians two weeks ago while the world bodies including the Unites Nations are not stopping Israel from violence.

They said the killings of women, children, elderly people were not only painful for Muslims but that non-Muslim community of Pakistan also mourned it.

“The participants of this protest rally include Christians, Hindus, Sinkhs and others and we condemn the Israeli aggression in Palestine,” said one of the demonstratos.

Another protester said, “We appeal all world bodies including the United Nations to impose sanctions on Israel and to stop violence against Palestinians.”