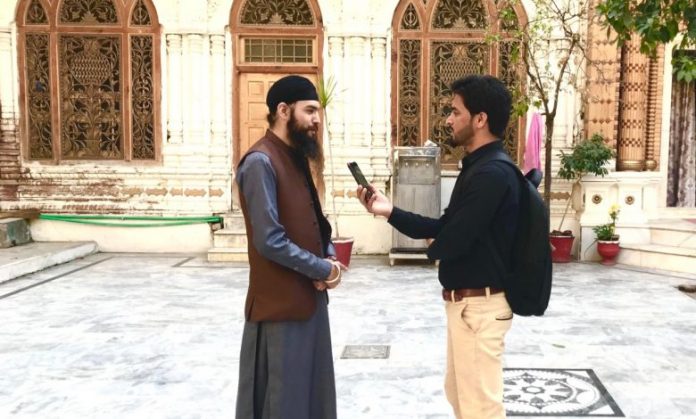 Members of Sikh minority in Khyber Pakhtunkhwa say that they have greatly suffered economically due to lock-downs and recession.

Haroon Sarabdayal, a Sikh community leader from Peshawar told TNN that they also closed down their gurdawars when government banned congregational prayers at the start of pandemic.

Mr Sarabdayal said that these closures also hit the educational activities of the Sikh community.  He said that music is greatly revered in Sikh religion and imparted to children in schools. “Schools closures led to stopping of music teaching to children,” he said.

He said at one hand the ban hit their religious way of life while on the other day rendered the music teachers jobless.

“Some of those teachers lost their jobs and are running qingqi rickshaws to earn their living,” Mr Sarabdayal said.

World Health Organization also acknowledges that the religious minorities have greatly suffered due to the pandemic.

Mr Sarabdayal said two of his sons died after contracting Covid-19. “My 30 years old son, who was working in police department died after catching Covid-19,” he said. He said that his son did not receive proper treatment; otherwise, he would have survived.

Regarding vaccination, Mr Sarabdayal was of the view they were facing issues in immunization. “It would be make vaccination hassle free for them, if Nadra and health department assign vaccinators teams to their gurduwars,” he said.

He said that Sikh community was badly suffering due to recession and price hikes. “There are families who barely can meet ends,” he said.

Mr Sarabdayl demanded government should include them in Ehsaas programme.

Hassam Mesih, a parish member told TNN that vaccinators at the Dera Ismail Khan were not properly trained. “In many cases, vaccinators left too much air in the syringe, which caused them great paid,” Mr Masih said.

However, Shamim, a female member of the parish was of the view that females do not face much trouble in vaccination. “I have received both jabs and could say with certainty that vaccines save lives,” Shamim added.

Chand, priest of Saint John Church they persuaded their parish to get themselves vaccinated.

Karimpura Gurduwara is about 18 years old and built when the city was under the reign of Sikh empire of Ranjeet Singh. A large number of worshippers gather in the hall of gurduwara.

The worshippers say that pandemic has like all other faiths have also impacted the worship of Sikhs.

A Sikh community leader Jetandar Singh said that they were still following the health department SOPs during their religious activities.

He said that their community has vaccinated themselves while they were also following social distancing rules in worship places.

Regarding the economic impact of the pandemic, Mr Singh said that their businesses have greatly suffered while many a community members died after contracting Covid-19.

Jagjit Singh, a religious leader of the Sikh community said that the worshippers were not allowed without masks inside gurduwaras.

He said that their community members have vaccinated themselves and did not paid attention to rumors spread by anti-vaxxers.