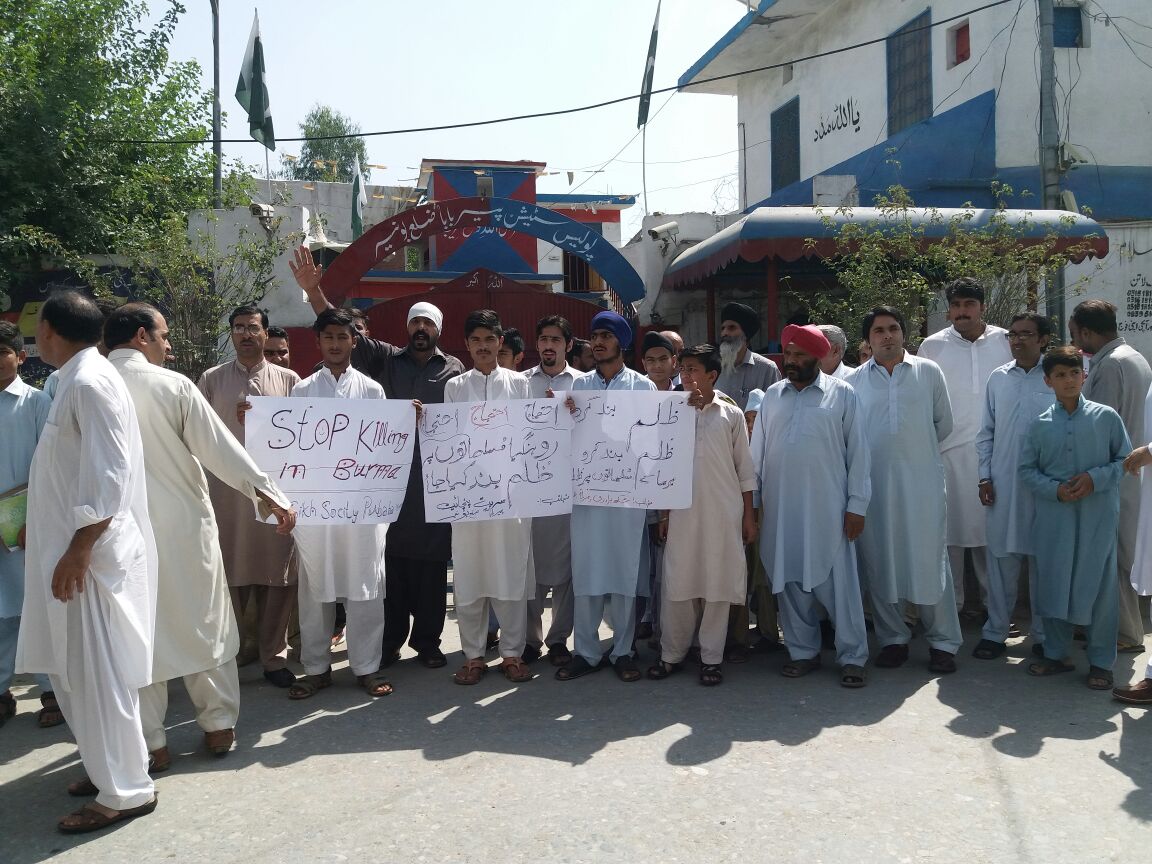 BUNER, 22 September: Minority community on Friday staged a demonstration against the massacre of Rohingya Muslims and urged the international community to stop it. The protesters condemned the massacre of innocent people and destroying their properties.

The protesters were led by elders of Sikh and Hindu communities who were holding placards and chanting slogans against the alleged silence of international community over the Rohingya’s killing.

They asked the United Nations Security Council to immediately stop killing of innocent people and also place economic restrictions on the Myanmar’s government. They said that right to property and life was their basic right and they should be accepted as Burmese nationals.