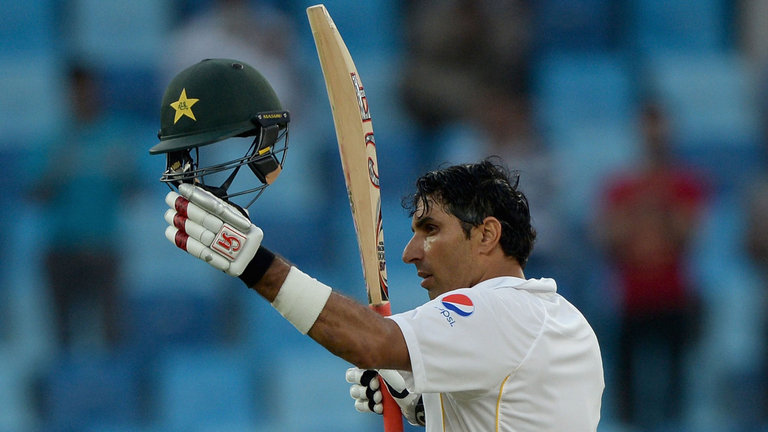 PESHAWAR, 15 July: Pakistan Test Captain Misbahul Haq on Thursday hit a century on the first day of Lord’s Test against England, and become the oldest player to hit a Test century in 82 years.

Pakistan decided to bat first after winning the toss and scored 282 runs for the loss of six wickets at the end of the first day’s play. Captain Misbah is still undefeated on 110.

He attributed his century to the Pakistan Army’s trainers who trained Pakistan team ahead of the team’s England tour.

Meanwhile, the Pakistan Cricket Board (PCB) has bought four new bullet-proof busses to ensure security of the players. The PCB says the purpose of acquiring the bullet-proof buses is to bring back international cricket in Pakistan.