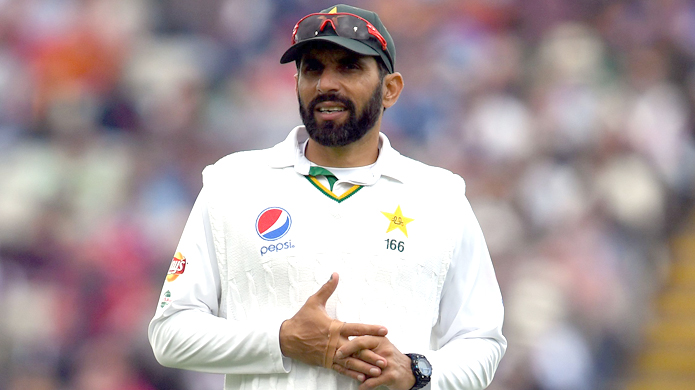 PESHAWAR, 19 March: Pakistan Test cricket team captain Misbah-ul-Haq has said that players involved in spot-fixing should be banned for life-time.

Talking to reporters in Karachi about the spot-fixing scandal came to surface recently during the second edition of Pakistan Super League (PSL), Misbah said if the charges were proved against the players temporarily suspended by the Pakistan Cricket Board (PCB), they should be handed a life-time ban so that these incidents could not be repeated in future.

“Following the revelations of Muhammad Amir, Muhammad Asif and Salman Butt in spot fixing in 2010, the entire team battled to regain respect for the nation but unfortunately, the recent scandal wasted the team’s efforts spread over seven longs years,” a dejected Misbah said.

“We had succeeded in changing the team’s image with our performance and commitment to the game on and off the field. We managed to revive the team but now it seems that all our efforts have been wasted,” he continued.

The PCB has ordered a probe into the matter and a case has been registered against them. Formal charge-sheets have also been given to the accused players.