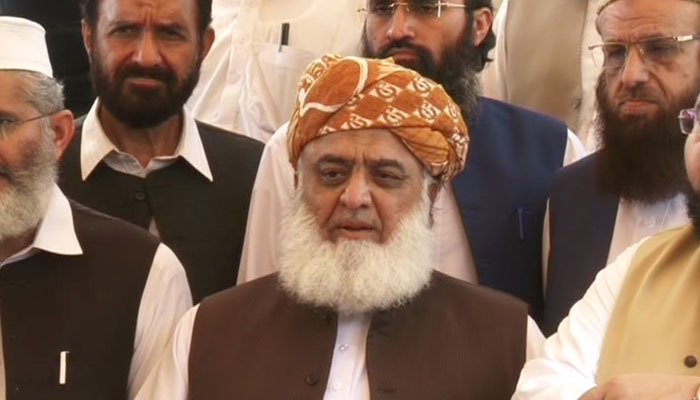 KARACHI: Muttahida Majlis-e-Amal Chief Fazlur Rehman on Tuesday rejected Election Commission of Pakistan’s statement regarding holding of free and fair elections and announced that the religious political parties would continue its protest.

Talking to media, he asked ECP not to continue arguing over the subject as the nation will not accept a government formed as a result of horse trading.

Fazl said that Jamaat-e-Islami Chief Siraj-ul-Haq’s suggestion to take oath in the National Assembly will be put forth in the All Parties Conference.

On Monday, the major parties in the opposition held a meeting and decided to form a grand opposition for formulating a strategy on alleged rigging in the July 25 General Election. He asked Commissioner ECP to resign over the alleged rigged elections.

Meanwhile, ECP condemned parties demanding its commissioner resignation and said that the elections were free and transparent.