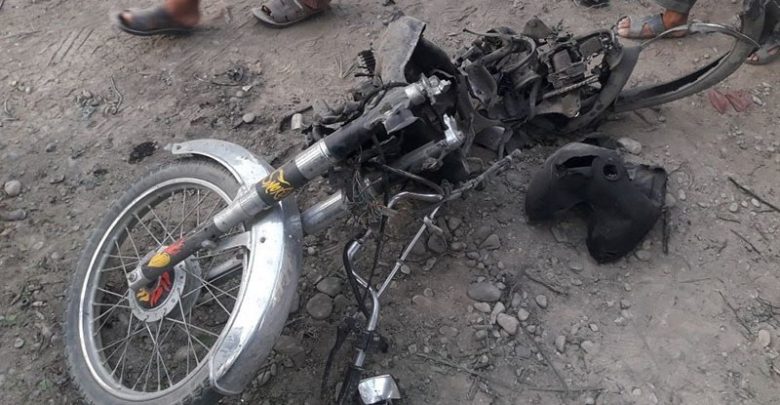 BANNU: At least seven persons including Muttahida Majlis-e-Aml candidate for PK-89 were injured when a remote controlled bomb targeted their rally on Saturday.

Bannu Police said that a rally led by MMA candidate for the constituency Shereen Malik was on way Takhtikhel area when a remote-controlled device fitted to a motorcycle exploded near it.

As a result, seven persons including the candidate were injured and rushed to District Headquarters Hospital.

It merits a mention here that unknown persons also planted explosives outside residence Maroof Afridi in Hayatabad who is an independent candidate for NA-44 Khyber. However, no casualty was reported.

Afridi who deals in blankets was receiving threatening calls from Afghanistan.