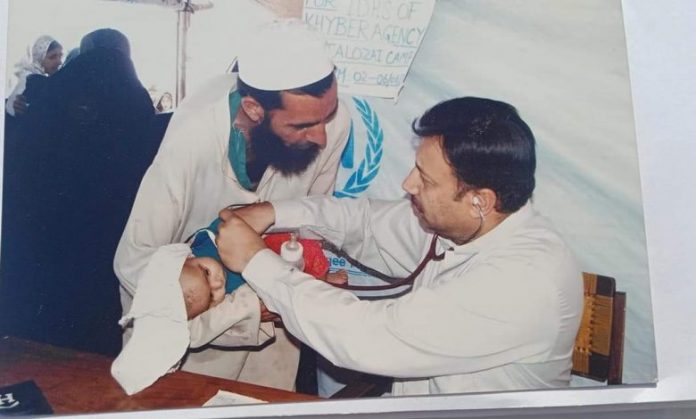 PESHAWAR: The mobile hospital of merged tribal districts has arranged many medical camps in different tehsils and provided medical treatment and free of cost medicines to thousands of patients.

Dr Wisal said while talking to TNN that 38 medical camps were arranged in different areas of Orakzai tribal district. He said 5,036 male patients, 5,539 female, 8,519 children, 651 dental cases and 2,198 gynecology cases were handled by the doctors during the medical camp in the area.

Dr Wisal said free medical camps were also arranged in South Waziristan tribal district. In the 19 camps, a total of 6,830 patients were provided treatment, including 2,246 male, 2,005 female, and 2,579 children cases.

Five medical camps were also arranged in Bajaur tribal district in which 6,188 patients were treated. The patients included 1,532 male, 1,931 female and 2,725 children.

Dr Wisal said the medical team makes efforts for arranging medical camps in far off areas of merged tribal districts to help the deserving people. He said all patients cannot afford to come to hospital due to financial and other constraints. He said the service of mobile hospital is being improved with passage of time.

The people from merged areas who benefited from free treatment and medicines said it was a good step which should continue to help the people in need.