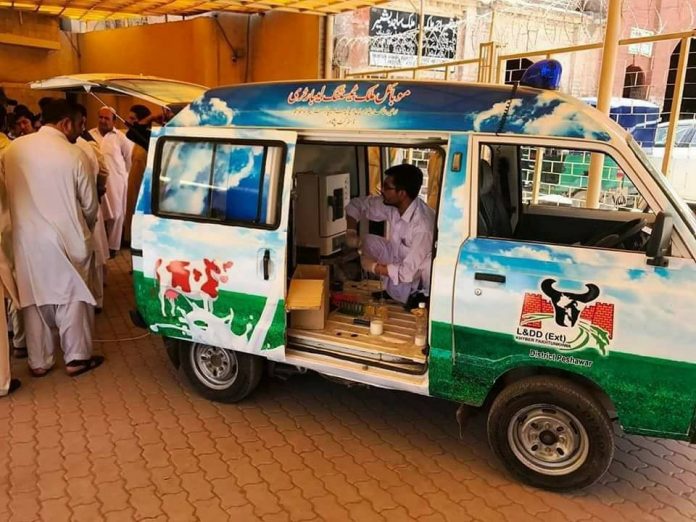 DIR LOWER: ‘Milk Safety on Wheel’ is the first mobile laboratory that will check the quality of milk in the district Dir Lower. It is an initiative of the district government which aims to facilitate the citizens of the district and ensure the supply of hygienic milk.

According to Deputy Commissioner (DC), Lower Dir, this is the first ‘Milk Safety on Wheel’ mobile laboratory in the district. He added it is equipped to conduct on-the-spot tests to check milk quality and curb adulteration.

The deputy commissioner said that the mobile unit will visit different parts of the districts and will facilitate the citizens in access to hygienic milk. It will visit various areas and shops to test the quality of milk on the sport and to curb the sale of substandard milk.

The DC said it will also check hygiene level and the results can be received within minutes. Milk testing is an essential component of quality assurance. Dairy processing plants, whether small, medium-sized or large-scale, need robust quality assurance labs with all the milk testing equipment, he explained. Consumers can also register complaints with the mobile team. The Lab teams will require consumers’ Names, address and milk that is to be tested.

He said the government also taken several solid steps to curb the sale of chemical contaminated milk by placing screening pickets throughout the province. A citizen while talking with the media said that we are happy over the government decision to open mobile lab where we will be able to get quality milk, especially, during the month of Ramazan.