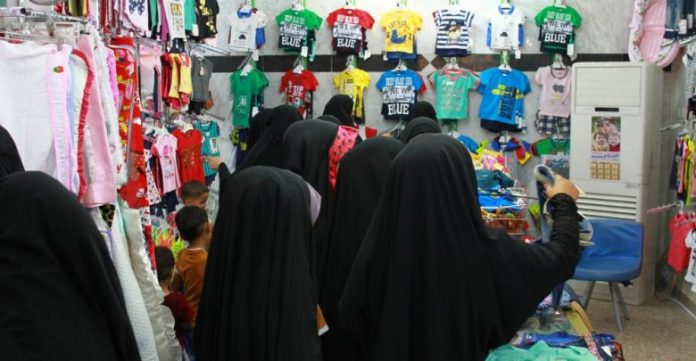 GHALLANAI: The haleemzai sub-tribe in Mohmand tribal district has banned the entry and shopping by women in Chanday Bazaar.

In this regard, the whole tribe has been informed through a handwritten circular singed by a number of tribal elders. The agreement of the tribe was reached on Sunday which was signed by four tribal elders and 32 members of Koz Gandao area of Haleemzai. The names of all the signing members have been mentioned on the document.

The agreement document states that the Haleemzai tribe has unanimously banned the entry and shopping by women in Chanday Bazaar which will immediately come into effect. The male members of the families have been directed to keep their women away from the bazaar. It said if any woman came to the bazaar, her male relatives will be responsible for any action taken by the local elders against her.

Efforts were made to contact the police officers, district administration and local elders, but they did not give opinion on the issue. Local sources said that the elders made the decision but at same time they cannot dare to make it public as it could provoke the government to take action against it.

Chanday bazaar comprising four to five shops is small bazaar located in Haleemzai tehsil of the Mohmand district bordering Afghanistan, once ruled by Tehrik-e-Taliban Pakistan. A local Adnan told TNN that the he did not see any point in barring women to go to the bazaar as there was no such unethical things that could harm in this small bazaar. He said that usually poor women and widows go to the bazaar for collecting their monthly stipend( financial assistance) under Benazir Income Support Program.

Women are excluded from mainstream in Pakistan in general andt pashtun areas in particular by local tribal traditions that uphold man’s superiority and strengthen his role to dictate his family and women. Such decisions would be taken by Taliban under Sheria a few years ago when they ruled over the entire tribal region.

Azghar, a social activist, condemned the ban on women entry into the bazaar saying such decision further alienate and marginalized women from playing their active role and enjoying Independence in the society. He asked the local administration to take action against those elders who wrote and endorsed the letter as it was not their mandate after the merger and extension of judicial and police system to the tribal areas.