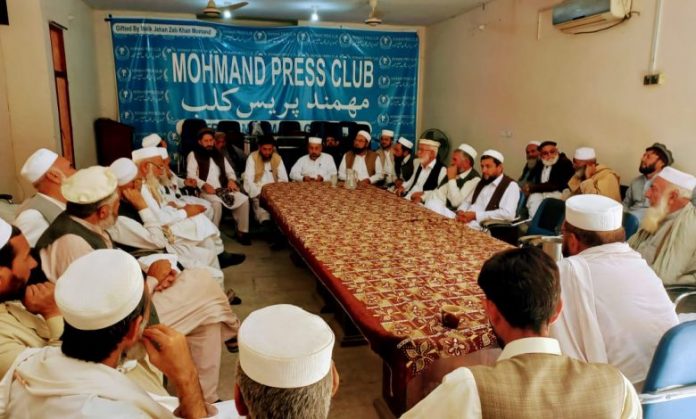 MOHMAND: A grand jirga of Mohmand tribal elders have announced to oppose upcoming local bodies’ polls in case government failed to address their concerns regarding delimitation, census and mistakes in voters’ lists.

A grand jirga of Mohamand tribesmen was convened at Mohamand Press Club, which was attended a large number of notables. The tribesmen declared that they would oppose LB polls in case government failed to address their issues including delimitation, census, displaced persons’ settlement and restoration of peace in their area.

The elders decided that they would also approach political parties to take them into confidence on the issue. They said that at one hand tribesmen were braving terrorism while on the other hand government was going for LB polls.

The elders said that if government made any hasty decision, then it would be held responsible for law and order issues.

The elders also decided to contact their counterparts from Bajaur and Khyber districts and said that they would also approach court on the issue.

The elder said that they have already approached against wrongful delimitation in the district.

At the end of jirga, a resolution was also issued which stated that they would also inform political parties about their concerns regarding elections. “We are not ready LB polls before concerns are addressed,” the resolution added.