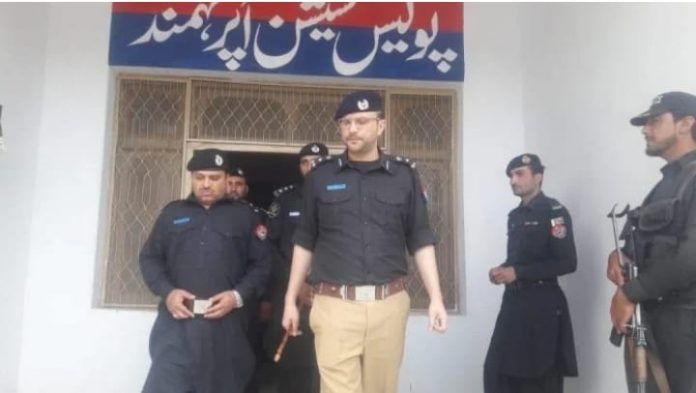 GHALLANAI: Police in Mohmand tribal district on Friday arrested five proclaimed offenders and handed them over to the Khyber Pakhtunkhwa Police.

Previously, some criminals used to hide in tribal districts after committing crimes in settled districts of KP. They used to remain out of reach of KP Police as it had no jurisdiction in erstwhile Fata. However, after the merger of erstwhile Fata with KP, the provincial police has got access to merged districts and life of criminals has become difficult. The police in merged districts have initiated crackdown against criminals and all the criminals who had escaped from different areas of KP will now be arrested and handed over to concerned police stations. The criminals will be presented to courts in their respective areas.

A day earlier, the elders from Essakhel tribe of Baizai tehsil in Mohmand district staged protest demonstration against the arrest of three tribesmen by local administration. The protesters led by chief of Islahi Committee Malik Sanobar Baizai were carrying banners and placards and they gathered outside the Peshawar Press Club.

The protesting tribesmen alleged that the local police in connivance with local influential people arrested three persons belonging to their tribe including 80-year-old Haji Zar Jan, Hazrat Ali and Ibrahim over a property dispute. They said the role of police was questionable and the arrested persons must be released immediately.

Meanwhile, the Election Commission of Pakistan (ECP) directed South Waziristan district administration to release the arrested election candidates within a day. The ECP has termed the arrests pre-poll rigging.

The directions were issued during a meeting on Friday with Chief Election Commissioner Sardar Muhammad Raza Khan in the chair. The ECP said that after the issuance of the election schedule, only the district election monitoring officer has the authority to take action against parties and candidates who violate the election code of conduct.