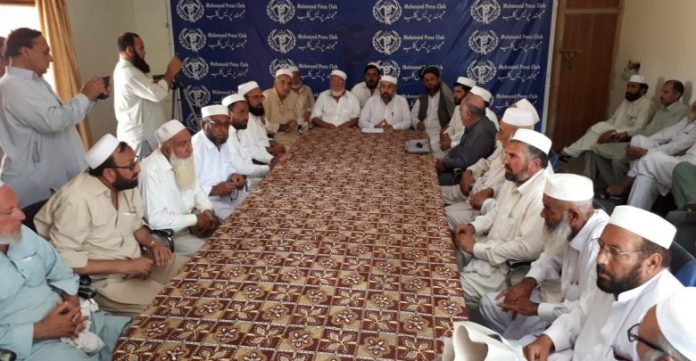 MOHMAND: Mohmand tribal elders once again warned the Khyber Pakhtunkhwa (KP) government that they will not accept any change to the tribal setup and deployment of police instead of Khasadar and levy forces. They were addressing a press conference at Mohmand press club on Friday.

The elders said Khasadars force salaries are the part of tribal privileges and they will not accept salaries from KP police department, thus, they urged KP government to provide salaries to Khasadar force according to the old system.

Talking about the Kashmir issue the elders said that they have also given sacrifices in the past and will continue to support Kashmiri people in their struggle for their rights of self-determinations. They said that they will not hesitate to offer any sacrifices for the people of Kashmir and solidarity of Pakistan.

The elders said their agitation is continuing from the day of the merger of tribal districts with the province as they were promised that all issues would be resolved in consultation with tribal people but now they’ve been totally ignored.

On July 15, the same tribal elders had warned KP government in a press conference of boycotting the election in Mohmand as they said, they were not taken in confidence before the tribal districts merger with the province and their demands were not accepted.

They have earlier warned that they will solve their issues through tradition system of Jirga and would avoid the modern courts as getting justice from it is a time-consuming process and also cost too much which tribal people cannot afford due to poverty.