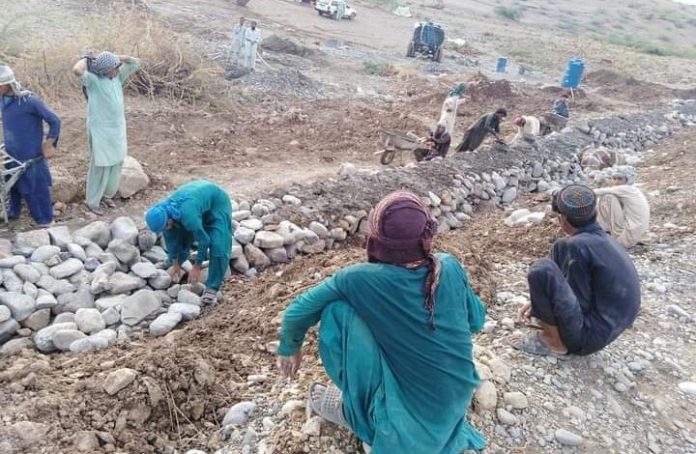 MIRANSHAH: Some new facts have surfaced about the issue of torture on a government contractor by the villagers of North Waziristan the video of which went viral on the social media.

The contractor, Saud, alleged that some influential people wanted to mint money from him and after his refusal, they incited the local people against him who damaged his equipment and also stopped work on road construction.

A video went viral on social media few days ago in which it could be seen that angry mob attacked a road construction site in Speen Wam area of North Waziristan and damaged equipment and also scuffled with workers there. The tent of contractor was also set on fire.

The contractor said he has obtained this contract legally through e-bidding, and if anyone has objection over it then he is free to adopt legal course. He alleged that local influential people along with an angry mob tortured 45 labourers and a driver was tortured to such extent that he is still in hospital. He said construction machines on the site were also damaged by the angry mob.

Saud alleged that those who want money from him also include some local contractors and politicians, who have incited the local people against him and forcibly stopped construction work on the road. He alleged that police is also not taking action against the accused despite registration of a first information report (FIR). He lamented that some vested interests are trying to sabotage the 18-kilometre road project leading from Speen Wam Hasankhel to Dandi Kach which after completion will promote Pak-Afghan trade.

The contractor demanded the government to help him and order immediate restoration of work on the important road project.

District Police Officer (DPO) Shafiullah Khan Gandapur’s spokesman Ibrahim has rejected the allegations of contractor Saud and said the law violators will face action. He told TNN that the local lawmaker is trying to arrange patch-up between the two parties.

Malik Liaquat, a resident of Speen Wam, told TNN that militancy and military operations damaged infrastructure in North Waziristan badly and particularly Speen Wam suffered more damages. He said the road project, which is expected to cost Rs560 million, is important because it is expected to promote Pak-Afghan trade.

Malik Liaquat said Saud has a good track record and if someone has objection then legal course must be adopted, but forcible stopping of work on the important project is inappropriate. He said the contractor hails from Miranshah, while the project is in Mir Ali, which is an issue for local contractors. He hoped that the Jirga will find a solution to the issue.