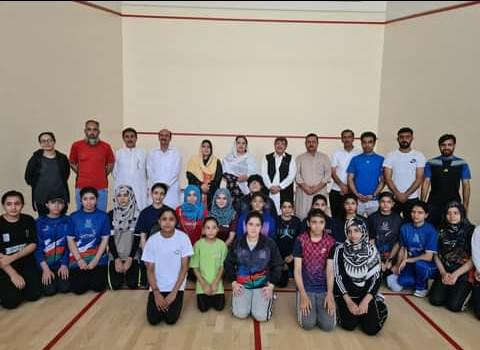 PESHAWAR: Although squash is not an immensely popular sport in the country, but despite all the odds, its players are promoting the sport nationally and internationally, after opportunities were being provided to young emerging players as well as young girls.

Like squash legends Jansher Khan and Jahangir Khan, a number of prominent players have made name for the country through their incredible performances.

While talking to this correspondent at Qayyum Stadium in Peshawar, Pakistan’s best international squash player Jansher Khan said that he feels sad whenever he hears about the Pakistan’s squash team ranking in lower positions out of top-five and top-ten.

“In our time we used to hold top positions in the ranking, and particularly played till finals or at least quarters finals,” he reminded.

Currently, Jansher Khan is imparting different squash skills and techniques to young and emerging squash players so that they could lead the country and wave the Pakistani flag around the world by winning competitions.

Squash coach at Qayyum Stadium Munawar Zaman said that four new squash courts had been established by the Khyber Pakhtunkhwa government on Feb 27, 2020 to promote the dying sports in the region. The idea of establishment of new courts was first proposed by squash legend Qamar Zaman.

“Increase in squash courts has helped the players interested in enhancing and polishing their squash related skills through training,” Niamatullah, a squash coach said.

He said before these new courts, it was really hard for them to manage training time for players because of having just two courts and the number of players was high.

She said earlier the new and particular squash court for girls, they were facing multiple difficulties as there were just two courts. She is hopeful and passionate that she would represent the country, her area, and the nation, nationally and internationally through squash sports and winning national and international competitions.