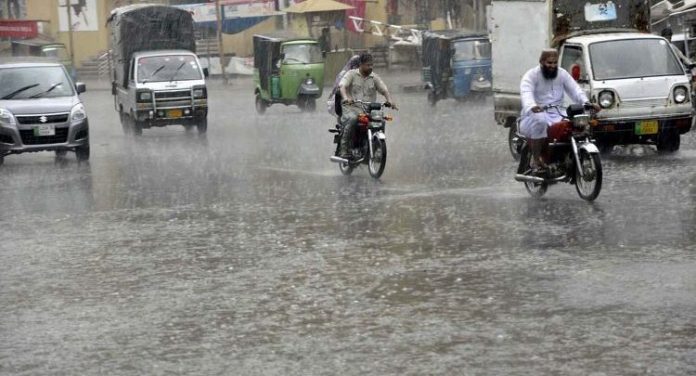 PESHAWAR: The Pakistan Metrological Department has predicted more rain in most parts of the country, including Khyber Pakhtunkhwa, during the next 24 hours.

According to the Met Office, rain is expected in Malakand, Hazara, Peshawar, Mardan, Kohat, Bannu, Dera Ismail Khan and other areas of KP on Sunday. Due to expected heavy rain in Hazara Division, flood is also expected in local nullahs and canals and nearby areas may be submerged.

Monsoon rain is continuing in most parts of the country, including KP, since Wednesday which turned the weather pleasant and brought respite from very hot and humid weather. However, rain and floods also caused damages in some areas and casualties also occurred in rain-related incidents. The concerned departments have been put on high alert amid the threat of expected damages from heavy rains.

On Saturday, nine persons of a family were injured when roof of a house collapsed due to heavy rain in Charsadda.

The local sources said the incident happened in Sur Kamar area in the wee hours where roof of a mud made house collapsed. Nine people were trapped under the rubble who were rescued by the local people on self-help basis. The injured persons were shifted to Lady Reading Hospital Peshawar.

On Friday, at least five persons lost their lives, while 18 others injured in rain-related incidents in different areas of Khyber Pakhtunkhwa. The Provincial Disaster Management Authority (PDMA) said that heavy rains caused flash floods in mountainous areas of Buner, Shangla, Mansehra, Torghar, Kurram, Abbottabad and Upper Dir where besides human loss, at least 27 cattle were also lost or dead during heavy rains. Power supply was also disconnected to many areas due too heavy rains and resulting flash floods.