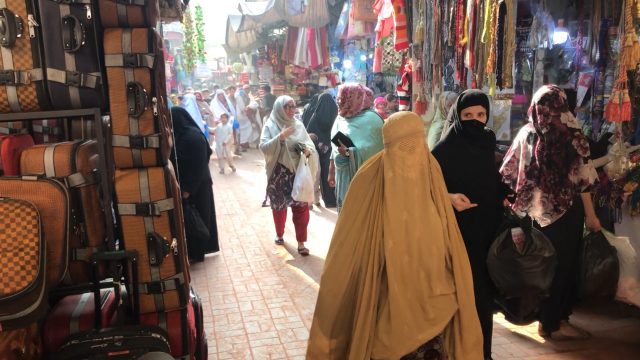 PESHAWAR: Traders in Peshawar have complained that the Town Municipal Administration officials blackmail them and receive fee for licence renewal according to their own free will.

Sultan, a 65-year-old hardware shop owner in Peshawar, said while talking to TNN that he submitted Rs500 fee for licence renewal last year, but he has received a notice this year in which Rs3,000 fee has been demanded.

“I don’t know how to make enough money to make ends meet and then pay different kind of taxes to the government,” he said.

Sultan lamented that every now and then people from different departments come to his shop seeking different kind of taxes, while inflation has also dealt a severe blow to the businesses.

“Inflation has badly impacted the purchasing power of people and we have very few customers now,” he said.

The owner of a paint shop told TNN that the Pakistan Tehreek-e-Insaf (PTI) government, which came to power in the name of bringing change, has destroyed businesses with its policies. He said the prices of all items have increased two or three-fold after which people have lost ability to purchase many items. He said the government keeps on increasing taxes.

Shabbir, and electric store owner, said while talking to TNN that he has a small shop, but he has received notice of Rs3,000 for annual licence renewal. He said he also made the tax official agree on Rs1,000 after long bargaining.

“Nowadays, tax officials and beggars visit our shops more than the customers,” he said.

Shabbir said he was even uncomfortable paying Rs1,000 as inflation has affected his business and profit badly.