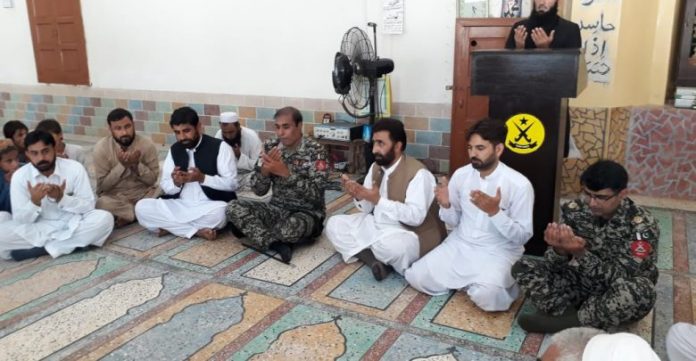 BARA: A mosque in Bara area of Khyber tribal district, which had to be closed eight years ago as it was damaged during militancy, has been re-opened for the faithful.

TNN correspondent said that the mosque in Daro Adda area in Bara sub-division was reopened on Monday. Khyber Pakhtunkhwa Inspector General Frontier Crops (IGFC) North played a great role in the re-opening of the mosque. After opening of the mosque, the faithful are now coming for prayers.

This mosque was occupied by the militants during the time of militancy in the area. The area witnessed many clashes between the security forces and militants in which many soldiers were martyred as well as a large number of militants were also eliminated. The mosque also suffered damage during the clashes and it had to be closed.

The people of the area also migrated to safer places during militancy. The people started returning to Bara eight years after return of normalcy and conclusion of military operations. The returning people had demanded that the mosque at Daro Adda in Bara must be re-opened.

Newly-elected Member KP Assembly from the area Shafiq Afridi, elder of Akakhel tribe Malik Zahir Shah and Frontier Corps (FC) officials were present on the occasion of re-opening of the mosque. The re-opening was carried out by FC Commander Colonel Solehri.

People of the area expressed happiness over the re-opening of Daro Adda mosque. They said they are very happy that peace has returned to the area and infrastructure is being resuming. They hailed the sacrifices of the security forces for peace in the region and hoped that this peaceful environment will be sustained. They also hoped that all the damaged structures in Bara during militancy will be restored on priority basis.