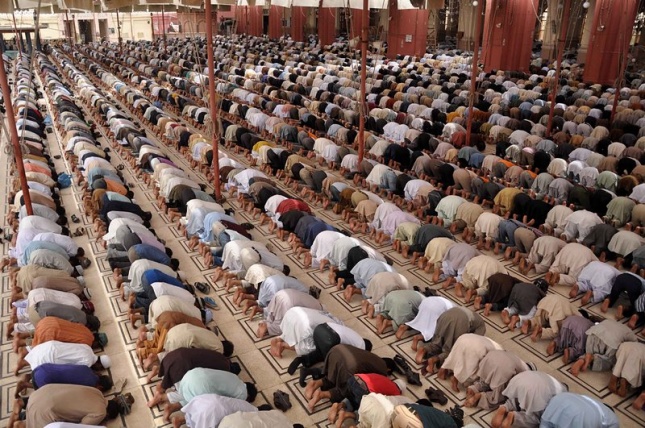 PESHAWAR: On request of President of Pakistan Dr Arif Alvi, the Egypt’s Al-Azhar has issued an edict (Fatwa) permitting suspension of Friday prayers to avoid the spread of coronavirus.

President thanked Al-Azhar for issuance of the edict. “I am thankful to Grand Imam Shaikh of Al Azhar and Supreme Council for responding to my personal request to provide guidance to us with regard to Farz Jamaat & Juma prayers in mosques during coronavirus attack,” the president said in a tweet.

President Alvi had sought guidance from Al-Azhar institution, an authority on Islamic injunctions, for a word on suspension of congregational prayers at mosques amid spike in coronavirus cases. He had sought the advice through Egypt’s ambassador in Pakistan who conveyed the message.

The urged the Ulema in the country for urgent action on the Fatwa of Egypt’s Al-Azhar institution that termed it purely Islamic to not hold Friday prayers over coronavirus concerns.

The Fatwa stated that public gatherings, including congregational prayers at mosques, could result in spread of coronavirus and the governments of Muslim countries had full jurisdiction to cancel such events. The edict says it is obligatory for Muslims to abide by the health instructions of the state in case of crisis and avoid following unofficial information and rumours.

The Ulema advised the faithful to come from their homes after performing ablution and only offer “Farz Rakaat” in mosques while offer “Sunnat Rakaat” at their homes.

Mufti Munib said hand sanitizers should be placed at the entrance of the mosques and a general short and brief speech should be given for five minutes on the occasion of Friday prayers.

Earlier, the Pakistan Ulema Council (PUC) in a joint statement called upon the masses to stay indoors and cooperate with the government to contain the spread of coronavirus.

The Council called upon people to stay indoors and do Zikr (remembrance of Allah) to keep safe from the virus. The PUC directed people to implement the government’s safety precautions and cooperate with authorities.