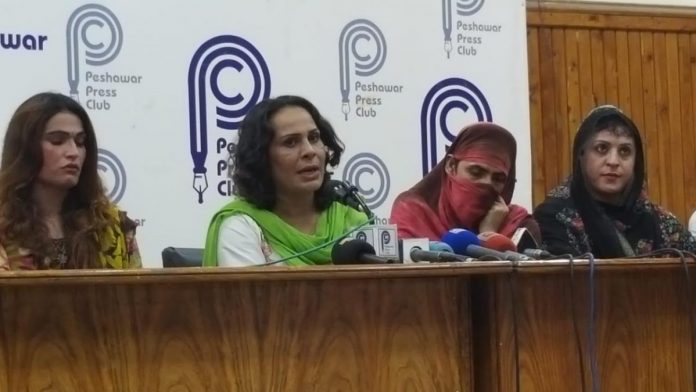 PESHAWAR: President TransAction Alliance, an organisation working for the wellbeing and protection of transgender persons in Khyber Pakhtunkhwa, Farzana Jan has called upon Capital City Police Officer (CCPO) Peshawar Qazi Jameelur Rehman to issue notification for establishment of committees for protection and investigation of their cases without further delay.

TransAction general secretary Arzoo Khan said no culprit involved in crimes against transgender person got punishment due to faulty investigation by police. To cite an example, she said in case someone opens fire on a transgender person in a case of attempted murder, the police write in the FIR that the accused opened fire to ‘scare’ the victim. In such a scenario, she said, the very nature of the case changes, and the culprit escapes unpunished.

Arzoo Khan said the SPP Operation had also assured that the previous FIRs filed by the transgender persons will also be scrutinised to determine lacunae in the investigation process and correct them, but that didn’t happen. She said transgender community is particularly facing harassment and other problems in Peshawar, Nowshera, Kohat, Dera Ismail Khan, Bannu and Mardan, but police have never showed seriousness in resolving their problems.

“Whenever a case appears on the social media, policemen appear from somewhere and show efficiency by conducting press conferences, and then they forget about the case,” she lamented.

Arzoo said a law for the rights of transgender persons was passed last year and it is implementable in the whole country, but no institution has taken any considerable step for implementation of the law.