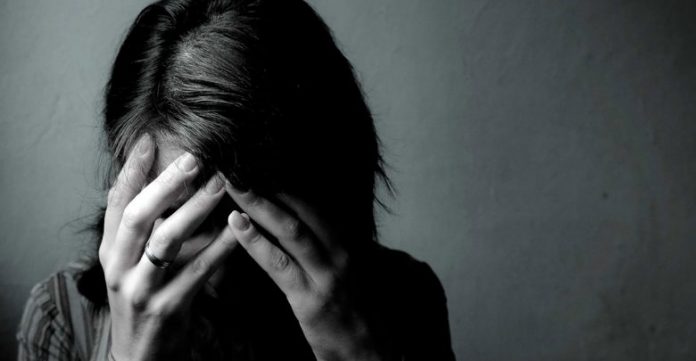 PESHAWAR: Thirty-four years old Shandana, who lost her son five years ago, is confronting stress-related illness since then, but she keeps her visits to psychiatrist secret from her family.

“My husband and family don’t allow me to visit psychiatrist because they fear I will be tagged as mentally unstable by the relatives,” Shandana said while talking to TNN.

In the same hospital where Shandana is receiving treatment, there is another girl confronting psychological issues. Her family also tried to hide her condition from relatives, but they failed to do so after her condition kept on deteriorating. The girl’s mother said the family members took her to the shrine of Kaka Sahib in Nowshera, but no improvement happened after which they finally decided to get medical help.

“We are unable to understand why my daughter is confronting psychological issues in such a young age. Relatives indulge in different kind of gossips and speculations about my daughter’s condition which is very painful for us,” the girl’s mother said.

A research in KP revealed that 46 percent women and 15 percent men in the province have some kind of stress-related issues.

Dr Syed Muhammad Sultan, Chairman of Psychiatry Department of Khyber Teaching Hospital Peshawar, said patriarchal set up of the society has brought mental health issues for women. He said women most of the time had to spend their whole life under the though principles made by men for them. He said women often face discrimination which affects their mental health. He said hormonal changes also cause tension for women.

Dr Sultan said the ratio of post-traumatic stress disorder in KP is also higher as compared to other areas. “May women have lost their loved ones and it is impossible for them to come out of that tragedy,” he said.

Dr Sultan said coronavirus has also added to the difficulties of people.

“Corona has made the life of women further difficult as they always remain concerned about other members of the family,” he said.

Eminent psychologist and psychotherapist Hafsa Khan, who is associated with Psycho-Social Support Program of the Khyber Pakhtunkhwa Government, said a large number of women in KP are suffering from depression. She said that besides all the problems facing the women in society, lack of awareness about mental illness is also a big issue in our society.

Hafsa Khan said people usually hide this issue and take the patients to shrines of saints in a hope of positive outcome. She said due to fear of social isolation and criticism, people don’t take patient to doctor for proper treatment due to which the situation often goes out of hand.

In 2017, the KP government had introduced Mental Health Act under which the formation of a commission was proposed, but no practical step has been taken.

Pakhtunkhwa Radio, which works under the KP Information Department, has started a program on awareness about mental health.

Studio Clinic program producer Nizamuddin said the program host and psychiatrist both are women due to which women listening to the program feel comfortable in sharing their problems. He said most women participating in the radio program hide their identities and the radio management also fully cooperates with them. This program holds healthy discussions on mental health and shares solutions.

Dr Sultan of KTC said it is a common practice that mental patients are brought to hospital when their condition deteriorates. He said chances of recovery are great if the patient is brought to hospital in time, but unfortunately, that is not the case. He said the problem can be resolved quite easily by bringing a positive change in thinking that mental disease is just like other physical diseases. He said it will be possible if awareness is created among the people.