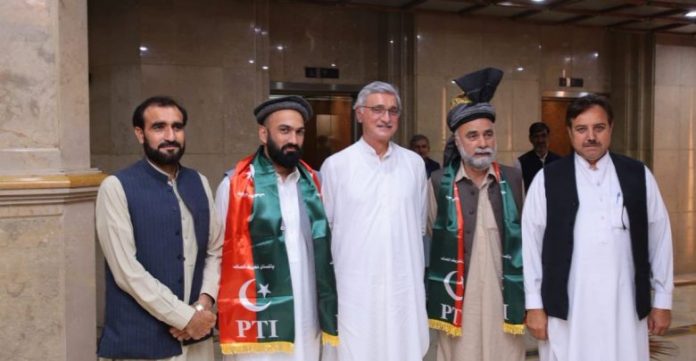 Sources said seats have been placed in the KP Assembly for the newly-elected members of KP Assembly from merged districts. On the requisition of opposition, the KP Assembly Speaker Mushtaq Ghani has convened the session at 3:00am today. The speaker met parliamentary leaders of the opposition parties on Sunday and discussed agenda of the meeting.

The first ever elections for 16 general seats of merged districts for KP Assembly were held on July 20. According to the results released by the Election Commission of Pakistan, independent candidates won six seats, the ruling Pakistan Tehreek-e-Insaf (PTI) got five seats, Jamiat Ulema-e-Islam-Fazl (JUI-F) won three seats and Awami National Party (ANP) and Jamaat-e-Islami (JI) won one seat each.

After the election results, Shafiq Afridi, independent candidate who won election from PK-107, Khyber tribal district, joined the ruling PTI. Ghazi Ghazan Jamal, son of former minister Ghazi Gulab Jamal, also joined the PTI after winning the polls as independent candidate from Orakzai tribal district. Both these candidates were not given the PTI ticket during the elections after which they decided to contest the polls as independents.

The Election Commission had given time to independent candidates winning the elections in tribal districts to join any party by August 03.

The oath-taking of MPAs from merged districts would happen after almost five weeks of their election. The oath-taking could not take place on August 05 and the session was prorogued.

The requisition signed by 36 opposition members was submitted in the assembly secretariat after Eidul Azha.