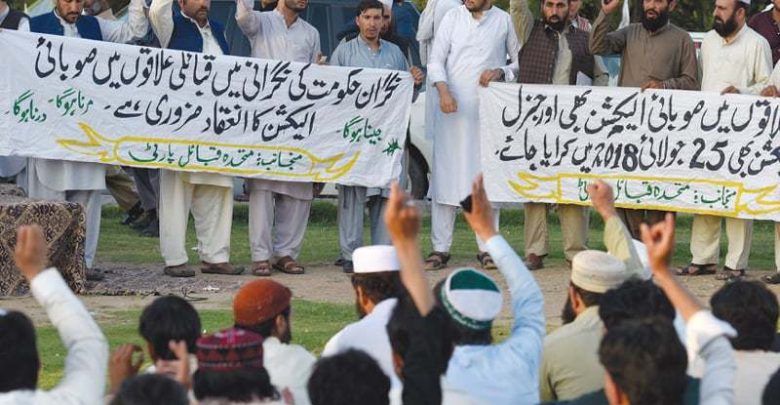 PESHAWAR: The protest of the Muttahida Qabail Party (MQP) in Islamabad over not holding of provincial assembly elections in the erstwhile Fata districts entered eighth day on Tuesday.

The MQP activists were not allowed to stage sit-in in front of the headquarters of the Election Commission of Pakistan (ECP) by the police and administration after which they staged dharna outside the office of the National Database and Registration Authority (Nadra) and chanted slogans in in favour of their demands.

The protesters again decided to stage sit-in in front of the National Press Club when they were conveyed that their application in the ECP for holding provincial polls in Fata districts has been rejected.

The tribal activists are staging protests in the federal capital for the last one week. They say their peaceful protests will continue till acceptance of their demands. They have also announced to approach the Supreme Court of Pakistan for this purpose.