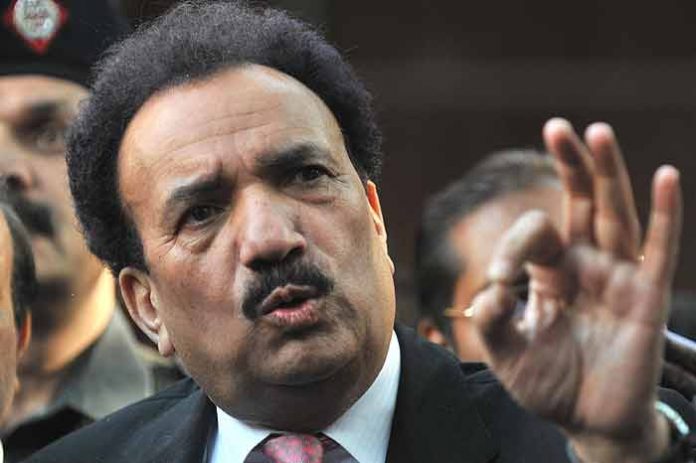 PESHAWAR, September 5: A jirga comprising leaders of various political parties has threatened to stop the negotiations if the government and protesters did not stop mudslinging.

The Pakistan Tehrik-e-Insaf and Pakistan Awami Tehrik have been protesting in the federal capital Islamabad since August 14, alleging rigging in the 2013 elections and demanding Prime Minister Mr Nawaz Sharif to resign.

Talking to the media on 4 September, Mr Rehman Malik, who represents the Pakistan People’s Party and is a member of the jirga, said he previously thought that both the parties were nearing reconciliation, but that the recent speech of Mr Ahsan Iqbal from the Pakistan Muslim League-N and mudslinging of the protesting parties showed there had been no improvement.

The Jamaat-e-Islami chief, Mr Sirajul Haq, has also said that statement from certain ministers were adversely affecting the talks.

Yesterday, the federal government has replied to the PTI demands in written form and the party has sought one day to ponder the government response.

The Interior Minister, Mr Chaudhru Nisar, had stated yesterday that the government had no reservations over five demands of the PTI but that the demand of prime minister’s resignation must be changed.