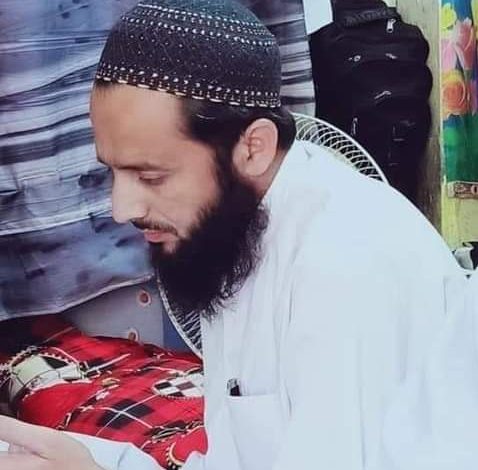 NOWSHERA: A religious scholar was shot dead allegedly by the brother of a girl who entered marriage of choice with a person without the consent of her family, and the Mufti administered their Nikah.

Alamgir Haqqani, spokesman for Jamia Darul Uloom Haqqania Akora Khattak, said Mufti Ghulam Hussain had administered Nikah of a girl a day earlier which had offended the family members of the girl. The girl’s brother allegedly opened fire on Mufti Ghulam Hussain near Darul Afta due to which he sustained serious injuries. The Mufti succumbed to his injuries at hospital.

After the post mortem at Qazi Hussain Ahmed Medical Complex, the body was handed over to the heirs. The murder case was registered on the complaint of Hizbullah Haqqani, the brother of the slain Mufti.

Soon after filing of the case, the district police identified the culprit through video footage and arrested him. Police said the weapon used in the murder has also been recovered from the alleged murderer, Noshad. The alleged murderer was handed over to police on two-day physical remand.

The spokesman for Darul Uloom Haqqania said the murder of Mufti Ghulam Hussain is condemnable. He said the madrassa will take legal course after internal investigation and consultation with legal experts.

A girl and a boy have been killed in the name of honour in Khojri area of Bannu.

Unknown armed men entered a house in the limits of Kaki Police Station and opened fire due to which 24-year-old Khial Muhammad and a 18-year-old girl were killed. The incident is said to be the outcome of some ‘honour’ related issue.

The bodies were shifted to District Headquarters Hospital for legal formalities. Police have filed a case and initiated investigation.

An alleged member of a global human smuggling gang has been arrested in Swabi.

Swabi Police said it arrested the human smuggler Bakht Munir and handed him over to Anti-Human Smuggling Cell of the Federal Investigation Agency (FIA). Police said raids are continuing for arrest of another suspect, who is involved in human smuggling.

Swabi Police took action after reports that a youth of Swabi died while trying to reach Europe illegally.