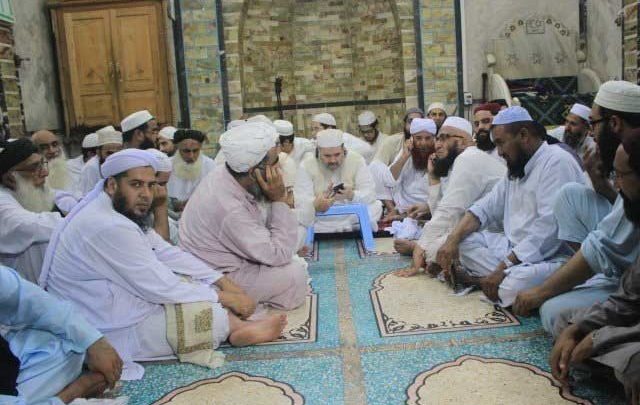 PESHAWAR: The local moon-sighting committee in Peshawar led by Mufti Shahabuddin Popalzai announced on Friday that Eidul Fitr will be observed on Sunday as no credible evidences were receiving about Shawal moon-sighting.

TNN correspondent reported that the meeting of the moon-sighting committee led by Mufti Shahabuddin Popalzai was held on Friday evening after Iftar at Masjid Qasim Ali Khan which was attended by some other local Ulema as well.

Talking to media persons after the meeting, Mufti Popalzai said no evidence was received from Peshawar so 30th Ramazan will be observed today (Saturday) and Eidul Fitr will be observed on Sunday (tomorrow). He said 30 days of fast will be completed this year.

Some people are sharing posts on social media that a local Mufti has announced Eidul Fitr in North Waziristan today (Saturday) after receiving eight witnesses of moon-sighting.

The Pakistan Metrological Department has said that there are slim chances of Shawal moon-sighting tonight (Saturday) in Pakistan.

Media reports said weather in some parts of Pakistan will remain cloudy, while it will also be clear in many other parts, and there will be slim chances of moon-sighting.

Moon not sighted in Saudi Arabia

Shawal moon was not sighted in Saudi Arabia on Friday after which it was announced that Eid there will be on Sunday.

If the Central Ruet-e-Hilal Committee led by Mufti Munibur Rehman, which will meet today, announced Eid on Sunday, then the whole country will observe the Eid the same day, which is a rare phenomenon in Pakistan.