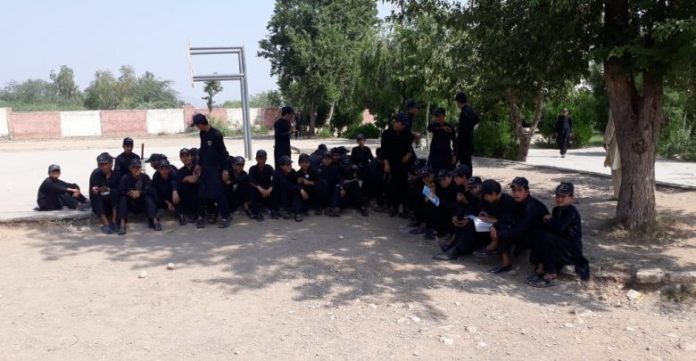 MULLAGORI: Government High School Mian Morcha, located in Mullagori, is deprived of all basic facilities due to the Khyber Pakhtunkhwa education department’s neglect.

Local people said there are 250 students in the primary section and more than 500 in the high section and 117 students sit in Class 10th, which is more than allowed by rules of the provincial government education department.

Locals said the students sit on the floor due to lack of furniture in the school and they are still deprived of curriculum books. Besides this, laboratory assistant and attendant vacancies have also been vacated in the school for the last so many years.

Students said the school lacks electricity, which has led to serious problems for them in getting an education in the scorching heat of summer season. Students also revealed that teachers make them do their personal work during school time, instead of teaching them in the schools which is tantamount to wasting their precious time.

The tribesmen of Khyber Tribal district have been demanding the government since long to provide all the basic facilities to schools in the district that has left far behind in education due to long war and neglect of the former political administration.

Several times, the tribesmen have also protested lack of facilities in the local schools and a falling standard of education. They demanded of the provincial government to take practical steps for provision of teaching staff and basic facilities in the schools of hitherto neglected areas.